On Thursday, February 27, Disney+ announced that a reboot of The Proud family titled The Proud Family: Louder and Prouder, is coming to the streaming service!

Bruce W. Smith and Ralph Farquhar, who led the original Disney Channel series, will return as executive producers, alongside Calvin Brown Jr. who will act as co-executive producer and story editor.

“In our minds, the show never really went away, as we still had tons of stories left to tell,” Smith and Farquhar said in a joint statement. “It’s the perfect time to bring back this show, and we can’t wait to take fans, old and new alike, on this journey with us.”

The Proud Family revival tagline reads, “Picking up the story of its central character Penny Proud, the new series will also include her madcap family: parents Oscar and Trudy, twin siblings BeBe and CeCe, and her grandmother Suga Mama (and Puff!). Of course, it would not be ‘The Proud Family’ without Penny’s loyal crew Dijonay Jones, LaCienega Boulevardez and Zoey Howzer, among others.”

In November, Payton announced in an interview with Strahan, Sara & Keke that the show would return with new episodes on Disney+ in 2020.

“Suga Mama’s large and in charge, that’s all I got to say. Except for, Suga Mama will be doing some new episodes come February,” she said at the time.

The Proud Family was one of the first animated series in the early 2000s to focus on a black family. The show ran for a total of 52 episodes and also had a TV movie adaptation in 2005. 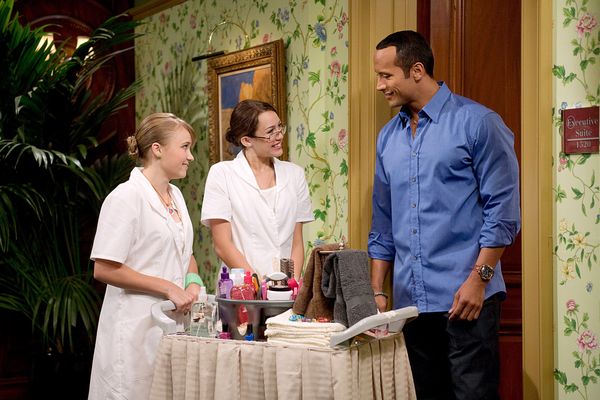