Dwayne “The Rock” Johnson is a married man again!

Early on Monday, August 19, the popular star took to his Instagram to share the happy news that he and his longtime girlfriend, Lauren Hashian, had tied the knot!

The 47-year-old shared two gorgeous photos of the pair in their wedding attire, writing, “We do. August 18th, 2019. Hawaii. Pomaika (blessed) @laurenhashianofficial @hhgarcia41.”

The actor wore white pants and a light white shirt and going with Hawaiian tradition, the couple wore leis. Meanwhile Hashian looked stunning in a white lace-covered gown with a sparkly long veil that can be seen flowing in the second photo.

Johnson and Hashian first met back in 2006 while the actor was filming his movie The Game Plane. In 2015, the pair welcomed their first child together, daughter Jasmine, and in April 2018 welcomed their second daughter Tia. Back in July 2018, Johnson responded to questions of when or if he and Hashian would get married after so long together. “I just refer to her as my wife all the time. So a lot of people are like, ‘Oh, did you get married?’” he explained at the time. “I’m like, ‘No. Easy. Don’t rush big daddy.”

Despite being in no rush to marry, Johnson has always gushed about Hashian and their relationship.

“We do these stories and we talk so much about the business end, the success end, but then Lauren isn’t mentioned and my daughter isn’t mentioned. I always like making sure we find the balance and my home life is in there and Lauren Hashian is in there and my daughter is in there. You gotta get the better half in there. With all the cool shit and success that I’ve been lucky enough to get? That doesn’t happen unless the home life is solid,” he said in a 2015 interview.

Johnson was previously married to Dany Garcia on May 3, 1997 with whom he shares his first daughter, Simone. In June 2007 after ten years of marriage, Garcia and Johnson announced they were separating amicably. 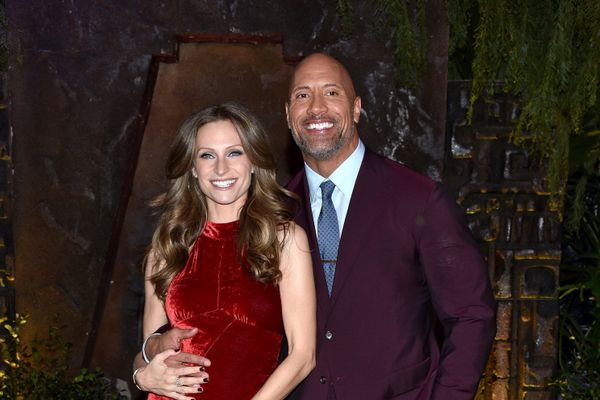