Eighteen years after winning an Oscar, Eminem has finally performed at the awards show.

The 47-year-old rapper made a surprise appearance on Sunday night to perform his Oscar-winning song “Lose Yourself” 18 years after it got him the Academy Award.

Eminem’s performance came after Lin-Manuel Miranda presented a segment that gave a glimpse at some of the most iconic Best Original Song winners. When the montage ended, a scene from Eminem’s 8 Mile was shown, which then cut quickly to the stage where a rising platform revealed the rapper and a live orchestral band.

While most nominees perform their songs on the stage, Eminem decided to sit out the 2003 ceremony completely. At the time, he was dozing off at his home in Michigan with the TV tuned to cartoons for his daughter, Hailie, according to the Detroit Free Press.

The same publication reported that he decided to skip the Oscars because it “wasn’t his sort of gig.” This resulted in Barbra Streisand presenting the award for “Lose Yourself” to co-writer Luis Resto, who accepted it on both of their behalfs.

“Look, if you had another shot, another opportunity… Thanks for having me @theacademy. Sorry it took me 18 years to get here,” the rapper wrote on Instagram, alongside a clip of Streisand announcing his Oscar win and Resto accepting the award.

Audience reactions to Eminem’s surprise performance ranged from confusion to ecstatic head-bobbing and singing-a-long during the performance. The rapper also received a standing ovation for his performance, a secret that the Oscar producers hid from everybody.

Look, if you had another shot, another opportunity… Thanks for having me @theacademy. Sorry it took me 18 years to get here. 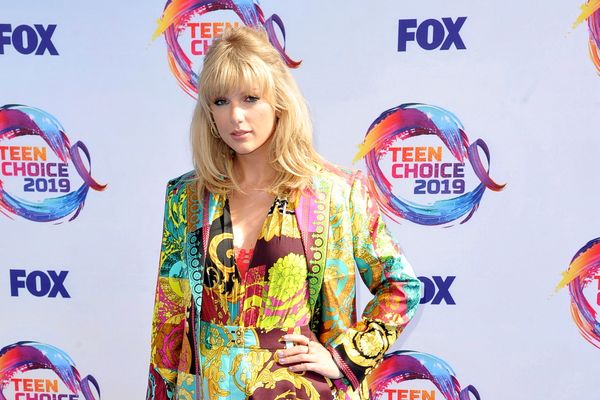 Ranked: Famous Celebrities From Every State