Emma Stone is a fashion icon and star of this weekend’s already-a-hit Amazing Spiderman 2. But even she deals with body issues.

The 25 year-old spoke to USA Today about how she tries to avoid what Internet commenters say about her looks.

“I firmly believe that nothing really affects you or can really bother you if you don’t already feel that way about yourself,” she said. “I’ve seen a lot of comments that say, ‘Eat a sandwich’ or ‘She looks sick.’ I’ve been looking at myself in the mirror being mean to myself. I’m not sick. I eat sandwiches.”

“There is in no way it is my intention to be a bad example,” She continued. “That has been kind of bothering me lately. I’ve shamed myself for it. We shame each other online. We’re always too skinny or too fat or too tall or too short. They’re just confirming this feeling I have about myself. I’m trying to figure my body out. It bothers me because I care so much about young girls. We’re shaming each other and we’re shaming ourselves, and it sucks.”

“When I make a comment about someone or I choose to gossip about someone and speculate about their body or their life or their face, it’s usually a reflection of something I’m feeling myself,” she said. “That has become ingrained in me.”

As a result, Emma says she’s trying “to eliminate gossip” from her own life — and to help with that, she’s going to surround herself with positive people, like Divergent star Shailene Woodley.  “She feels good about herself,” Emma said. “I like being around women like that.”

Jennifer Lawrence has also spoken out against body shaming. “I think it should be illegal to call somebody fat on TV,” she famously told Barbara Walters. “I get it, and, and I do it too, we all do it,” she explained. “[But] the media needs to take responsibility for the effect that it has on our younger generation.”

Maybe if enough young actresses take up the cause, they can send out more positive messages about young women’s bodies. 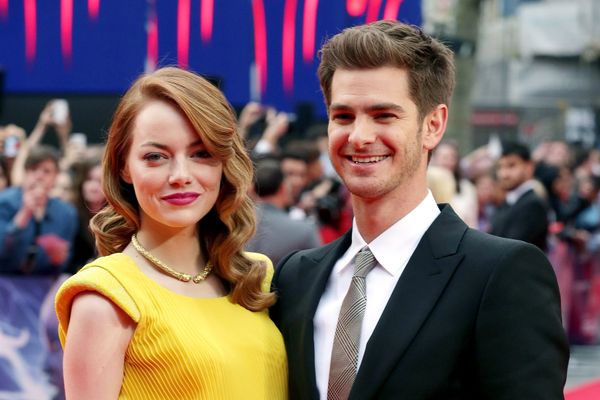