Faith Hill has always been – and remains – one of the most gorgeous women in the music industry and showed she really can pull of any look by chopping off her hair for a very short pixie cut.

On Sunday February 22, the singer showed off her new-do, great sense of fashion and her extremely attractive husband, country star Tim McGraw but with her super short hair also revealed a scar on her neck.

Although she never addressed any surgeries, it turns out that the 47-year old underwent neck surgery in January to correct damage from an injury she sustained years ago. According to a source who spoke to People magazine the surgery is known as anterior cervical discectomy and fusion which is done to try to relieve pain caused from a herniated disc.

Hill is still undergoing physical therapy and is doing well but has been dealing with these issues for several years, having her first surgery in 2011 and remaining mostly out of the spotlight in the past few years.

She did recently release a massive country hit “Meanwhile Back At Mama’s” in which she teamed up with her talented husband, who is obviously a big fan of his wife’s haircut. “She looks pretty hot huh? I married up,” he stated on the red carpet pre-show. 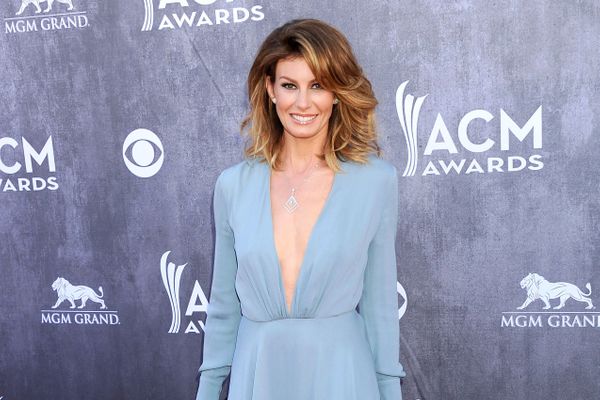