Just in time for Valentine’s Day, Jamie Dornan and Dakota Johnson have returned to the big screen for the third time as Ana Steele and Christian Grey for the final installment of the Fifty Shades trilogy. Based on the negative reaction from the previous two films, Fifty Shades Freed is exactly what you would expect — filled with glitzy scenery, luxurious vacations and plenty of S&M sex scenes. Although the big-budget cinematic effects and glamorous shooting are admittedly quite impressive, they also seemed to conveniently distract from the gaping plot holes and surface level character development of the final Fifty Shades chapter.

The film begins by picking up where most romances would typically conclude — an upscale, Vogue-worthy wedding and a montage of a whimsical honeymoon across Paris and the Cote D’Azur. Despite the romance of the glittering shorelines and moonlit bike rides, the fundamental problems between Christian and Ana are made evident quickly in the film as Christian demands that Ana is not to remove her bikini top at the beach. This dominant, power-ridden attitude remains consistent throughout the film despite the director James Foley’s best attempt at making it seem as if Christian has progressed as a character. He undeniably softened, but his insatiable need for power is still clearly bubbling under the surface.

Ana, on the other hand, has definitely developed as a character and added a layer of humanity and lighthearted humor to the stone wall that is Christian Grey. Johnson took on the role of Ana in stride the third time around and further proves herself to be a clever actress with natural talent. Dornan, however, seems entirely bored with his role and puts minimal emotion into the dialogue, which makes Christian come across as even more mechanical and lifeless.

Although the film is intended to paint the relationship between timid Ana and billionaire Christian as every woman’s dream, the truth of the matter is the supposedly swoon-worthy duo point to one gigantic red flag. They handle natural relationship conflict by reacting with the silent treatment and torture, they haven’t discussed the possibility of children despite already being married and they run away from their problems with alcohol and exes.

Once the subplot of Ana’s unexpected pregnancy comes into the mix, the couple’s superficial and unhealthy relationship comes to even further fruition. Christian throws an aggressive tantrum when he doesn’t get his way and one has to wonder how these two polar opposites intend on raising a child when they themselves haven’t created a foundational, solid relationship.

Aside from the unrealistic character dynamics between the two leads, the film also seems quite scattered in terms of flimsy plot structures and twists. A wedding, honeymoon, pregnancy, cheating, kidnapping, home remodeling and more — the Fifty Shades franchise definitely didn’t slack when it came to covering all the bases. Admittedly, that isn’t necessarily for the better since by covering such a wide variety of plot devices, the film is unable to delve deeply into any of its twists.

An attempt is made to add a layer of suspense as Ana’s former boss, Jack Hyde, kidnaps Christian’s sister, Mia, and blackmails Ana into offering a ransom. The execution of this thriller subplot was almost unintentionally comedic as the bodyguards continuously make major security errors. This twist definitely had the potential to elevate the film and we wish they had focussed on this subplot solely instead of trying to focus on such a variety of threads of the story. Ana’s shocking pregnancy proves to be another interesting plot twist that could have alone carried the story, but again, it wasn’t made a focus and lacked integrity. In theory, all of these topics make for a compelling storyline, but since many of them were lightly touched upon, then completely forgotten, it just came across nonsensical and confusing. The plot dipped itself into too many genres and bordered the lines of romance, suspense, erotica and even unintentional comedy at times.

The one major kudos we can give this film is the big budget displays of the 1% billionaire lifestyle. Their car chase visuals were on point and straight out of Fast and the Furious while their romantic European montage could bring goosebumps to even the most unassuming audience. They definitely took all the stops in presenting Christian and Ana as the next golden couple and showed their luxurious escapades in the most glamorous light possible.

Despite all the twists and turns, the film ends with a happily-ever-after final scene which feels like the screenwriter’s whole-hearted attempt to wrap a pretty red ribbon around the messy saga that is Ana and Christian. In all honesty, it seems quite fabricated and an unjustified ending given all the loose ends that were never given a complete conclusion.

THE VERDICT: 5/10
Unless you’re highly invested in the franchise and a cult Fifty Shades fan, you can likely skip Fifty Shades Freed this Valentine’s Day. The glitzy lifestyle shots and luxurious settings definitely make for a few swoon-worthy moments, but the scattered plots and unwarranted loose ends make for an ending that is more confusing than concluding to the three-part saga. 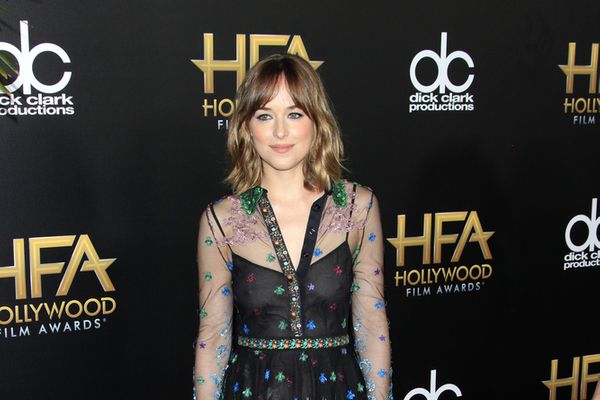