Find Out Who Dancing With The Stars Eliminated During ’80s Night

Dancing with the Stars ABC

This week’s theme for Dancing with the Stars was ’80s night!

On Monday’s episode of the live dancing competition, celebrities performed dances to hit songs from the ’80s. Following the performances, host Tyra Banks announced that Jesse Metcalfe and partner Sharna Burgess and Vernon Davis and pro Peta Murgatroyd had landed in the bottom two.

“Now, obviously this is not what was last week, right, in the bottom two. So this is a little bit of a shock,” said Banks.

The decision on who was sent home was in the hands of the judges and they ultimately decided to save NFL player Vernon Davis, which meant that actor Jesse Metcalfe and his partner were sent home. For their final performance of season 29, Metcalfe and Burgess performed a tango to “Tears for Fears” and earned a 19/30.

According to Tonioli, Metcalfe “started very well” in his dance, but he “went wrong quite a few times. You kind of lost your timing. It’s getting the balance of the two: the performance and the technique. Both of them have to be at the same level. So I get what you were trying to do, performance-wise you are getting there, but then you lost your steps, you lost your timing and it went a bit wrong.”

During rehearsals, Metcalfe opened up to his partner about feeling like an “outsider” when he was younger. “I wasn’t popular,” said Metcalfe. “I covered it, and kind of tried to ostracize people before they did that to me,” he said about his lack of popularity. “Make it look like I didn’t care, but I cared.”

Metcalfe said, “It takes a long time to let feelings of not being accepted go. But this week, I feel like I’m ready for a breakout performance.”

“Outsiders have a tendency to hide,” he explained. “Like, I’m not necessarily exposing myself out there on the dance floor. But I feel like I need to show America who I really am. Hopefully I can bring my vulnerability and more of my heart to this performance.” 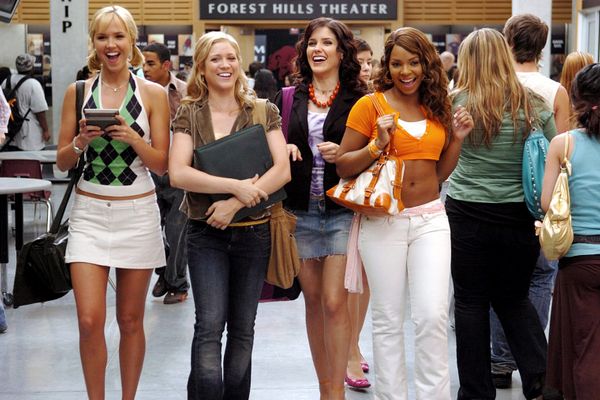