Firefighters and an ambulance rushed to the Los Angeles home of Angelina Jolie and Brad Pitt yesterday.

It’s not exactly clear what happened to prompt the arrival of the emergency crews or if Brad and Angelina were even home at the time, but officials were seen speaking with an unidentified man with a German shephard, presumably a neighbor. Check out the video to take in the scene!

Brad and Angelina were last pictured together on Sunday, when they attended the American Society of Cinematographers 29th Annual Outstanding Achievement Awards.

The lack of additional news about the incident makes us think that it wasn’t anything serious; a large fire was not seen, and the emergency crews left the scene shortly after their arrival. It’s not uncommon for firefighters and paramedics to make uneventful appearances at celebrity homes in this part of town.

Brad and Angelina live in a large estate in the trendy Los Feliz neighborhood of Los Angeles. Brad has owned the property since 1994, but has made additions and renovated the house as his family has grown.

Perhaps we’ll get more intel on the Oscars red carpet this Sunday! 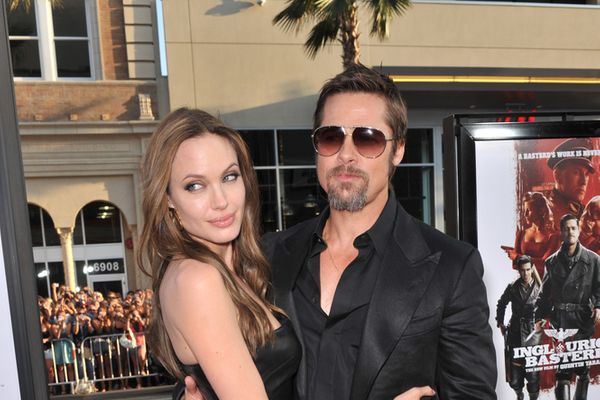