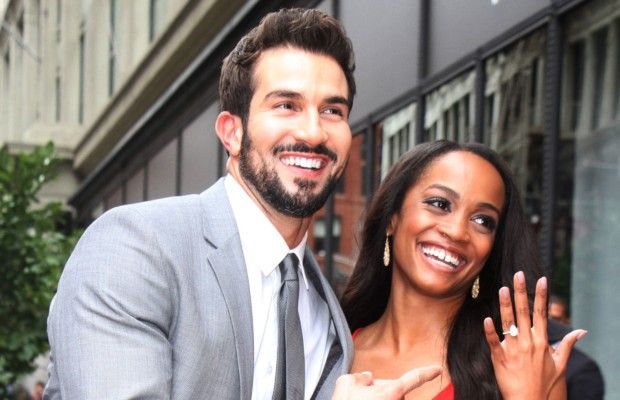 Another Bachelor Nation couple is headed down the aisle, but viewers aren’t invited.

Later this month, former season 13 Bachelorette Rachel Lindsay and her fiance Bryan Abasolo will be marrying in a destination wedding, but unlike many other Bachelor Nation couples who stayed together, they have opted to not have the event televised.

“I think our season was really the first time where you realize a wedding isn’t always guaranteed,” Lindsay told PEOPLE. “I even thought, the next step was you get engaged and you’re offered this TV wedding.”

“So when you come off the show and you’re in that TV mode — I wanted a TV wedding. I 100 percent did,” she admitted. “Then, as we got to know each other in the real world and things became normalized, and then I started hearing horror stories about these TV weddings, I am very thankful that we don’t have one and that we’re doing it on our own.”

She added: “I also think that it shows to the world or Bachelor Nation that what we have is more real.”

The couple, who currently live together in Miami, took their time planning a wedding in order to really get to know each other outside of the show, and that is the relationship they value most. “We don’t need TV. We don’t need to get paid. We don’t buy a network, we’re doing this because this is what we want to do. I think it has more meaning,” she explained.

They did stick to one aspect of Bachelor Nation for their upcoming nuptials however — Neil Lane wedding bands to go along with the Neil Lane ring Abasolo proposed to Lindsay with on the finale.

“I knew which ring I wanted the second Neil took out the display,” Abasolo told PEOPLE. “It just stuck out right away and I immediately went with my gut. On the other hand, Rachel wanted to try on every ring in the store!” 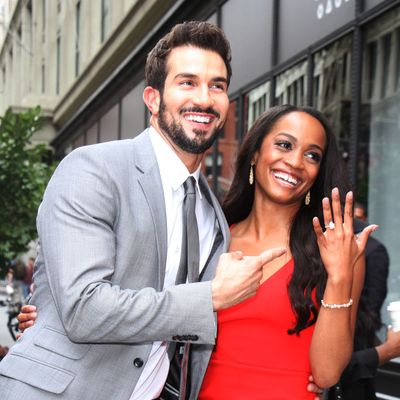