On Tuesday, Cote de Pablo made her NCIS return, reprising her legendary role of Special Agent Ziva David on the CBS series, after exiting the show over five years ago.

During an interview with Entertainment Tonight, the 40-year-old actress opened up about her choice to return to the show.

“I hoped that at some point something like this could happen and it’s just so the stars aligned and here I am with this guy,” de Pablo told Entertainment Tonight, during an on-set interview with her co-star Mark Harmon. “I said give me a really good reason to come back.”

It appears that the series gave a good reason for her to return to the show. The NCIS alum will show up for a two-episode arc, which began with her character’s appearance on Tuesday night’s episode.

She reunited with Harmon and the current series’ cast members for the midseason finale, which left fans speculating about her character’s reunion with former love interest Special agent Anthony, played by Michael Weatherly.

Harmon, who plays the show’s lead Special Agent Leroy Jethro Gibbs, gushed about having de Pablo back on NCIS.

“You forget the energy she brought and how special this character is in many ways and how, in so many ways, it completes the show,” the 68-year-old actor told the outlet.

Although de Pablo said she was excited to be back on set, she disclosed that departing the show this time around won’t be as difficult.

“It’s a different walk away and I’ll leave it at that,” she told Entertainment Tonight. “It’s a beautiful walk away.”

Before her return to the series, executive producer Steven D. Binder told the outlet that they plunged into Ziva’s character story and found something that would merit a return and wouldn’t be “just a cheap publicity shot.”

“We, as a staff, spent quite a bit of time trying to find a story that fit. We wanted it to be full,” Binder clarified. “We wanted to use the show’s DNA, something that touched on Cote’s entire run on the show — from the circumstances of her first arriving to things that happened with the character.”

He added: “We wanted to use that as the raw material. We had one final meeting with Cote where we discussed these things and whether it was something that she was interested in, and you know the answer to that.” 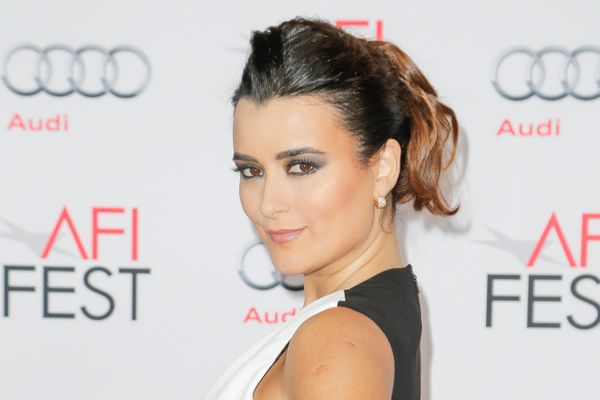