Freeform has heard the fan pleas and announced that they will be renewing The Bold Type for two more seasons!

“At Freeform, we are committed to delivering shows that celebrate the power and possibility of the female voice,” said Karey Burke, EVP of Programming & Development at Freeform. “Season 1 of The Bold Type brought culturally significant stories to the masses that not only entertain but also empower our viewers to conquer the world — we are excited to continue to champion these incredible women.”

The show left season one with quite a few cliffhangers, so fans will be thrilled at the announcement of the renewal. Social media director Kat (Aisha Dee) was left catching an impulse plane to Peru, savvy writer Jane (Katie Stevens) was left departing her dream job at Scarlet for a new opportunity at Incite and aspiring fashionista Sutton (Meghann Fahy) was left choosing a difficult romance with Richard over her budding relationship with coworker Alex.

Cast member Aisha Dee posted to Twitter to share the news and proved that these ladies are not only close on screen but in real life as well! “Two more seasons with my best boo boos? That’s gonna be a heck yes from me dawg,” she joked alongside a photo of the three of them embracing each other in a big celebratory hug.

While Watson has not offered a comment on her exit as showrunner, reports indicate that it was due to creative differences with the network. 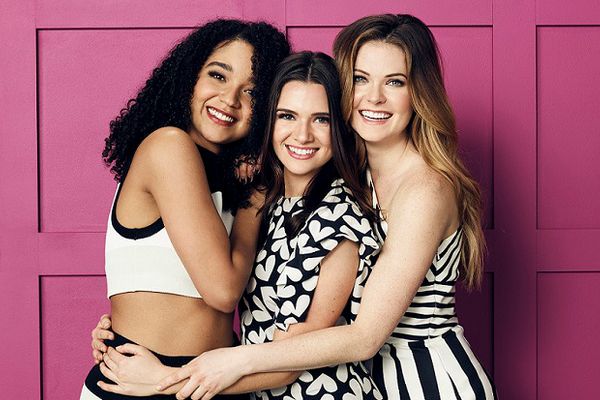 All The Reasons You Should Watch ‘The Bold Type’