George and Amal Clooney know how people feel about flying with babies, so they did their best to make the flight as comfortable as possible for passengers on a flight with them and their 6-month-old twins.

The famous duo took it upon themselves to hand out headphones to those seated near them on a flight they recently took to England with their twins Alexander and Ella. According to reports all those passengers in the first-class section around them were given noise-cancelling Casamigos headphones.

Along with the headphones, the passengers were also given a note from the couple which read, “Our twins just discovered SQUAWKING!! Hope this helps make the flight a little quieter.”

While it was a nice gesture by the famous couple, it was also a good marketing ploy as George Clooney is the co-creator of the Casamigos brand. Of course, the charming actor has been in the news quite a bit lately for his good deeds after his good friend and Casamigos co-creator Rande Gerber revealed that back in 2013 Clooney gave 14 of his closest friends $1 million each and paid their taxes.

“There’s a group of guys that we call ‘The Boys.’ George had called me and ‘The Boys’ and said, ‘Hey, mark September 27, 2013 on your calendar. Everyone’s going to come to my house for dinner,'” Rande said on an episode of MSNBC’s Headliners. When everyone arrived to George’s house, he shared how much they all meant to him and revealed he was giving them the money and had paid their taxes for the year. 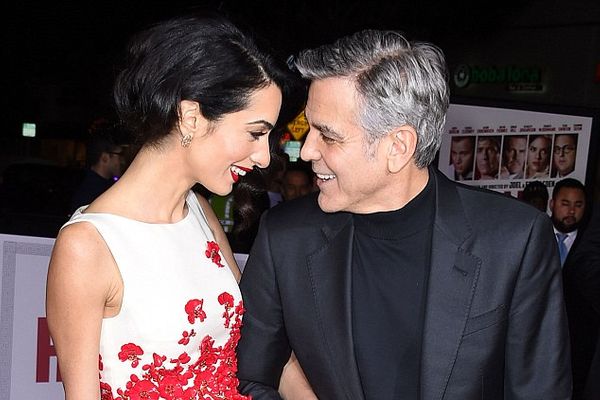