Goldie Hawn posted the most thoughtful Father’s Day tribute to Kurt Russell over the weekend.

The photo shows a blurry selfie snap of the couple smiling ear to ear. “Nobody laughs like him and nobody loves like him. Happy Father’s Day to you my angel,” the actress wrote in the caption.

Hawn and Russel married in 1983 and formed a blended family with their children from previous marriages. The couple has been together ever since and seems happier than ever. Hawn has a daughter, Kate Hudson, and son Oliver Hudson from her previous marriage to Bill Hudson. Russell has a son, Boston Russell, from his previous marriage.

The duo also has one child of their own, Wyatt Russell, who they had three years into their marriage.

Hawn opened up about her relationship with Russell back in April to PEOPLE. “The other night we were going to go have dinner. He looks at me and goes, ‘You’re unbelievable,’” Hawn recalled. “‘He said I cannot believe how [beautiful] you look.’ He really appreciates that.”

Daughter and actress Kate Hudson has also opened up about the couple’s relationship in the past and called their love “the goal.” “Just the fact that they’ve been able to maintain a unit for all of us, in times of turmoil, they really are the center of all of our lives,” Hudson said at the time. 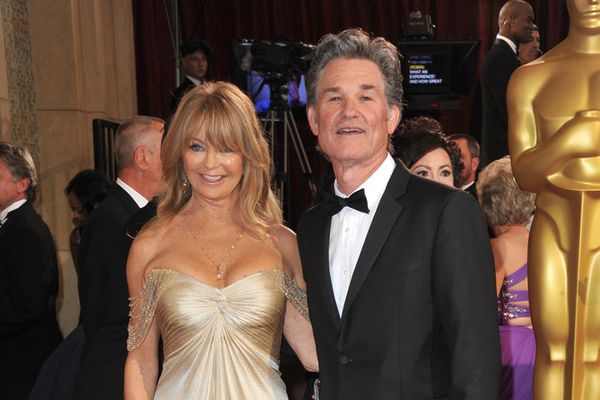