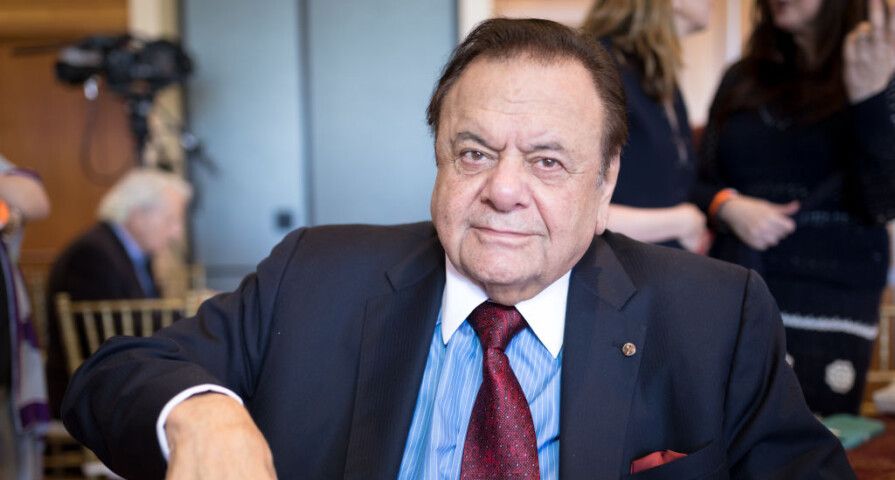 Actor Paul Sorvino, known for his roles in Goodfellas and Law & Order, has passed.

According to reports, Sorvino passed on Monday morning due natural causes at the age of 83. Sorvino’s wife, Dee Dee Sorvino, was by his side.

“Our hearts are broken,” Dee Dee said in a statement provided by Sorvino’s publicist, Roger Neal. “There will never be another Paul Sorvino, he was the love of my life, and one of the greatest performers to ever grace the screen and stage.” Neal noted that Sorvino has suffered with health issues in recent years.

Dee Dee also shared the news with fans on social media. “I am completely devastated,” she wrote on Instagram alongside a photo of the couple. “The love of my life & the most wonderful man who has ever lived is gone. I am heartbroken #iloveyousomuch #paulsorvino #sweetheart #husband #loveofmylife.”

Sorvino’s daughter, award-winning actress Mira Sorvino, shared a statement on Twitter after the news of Sorvino’s passing had been released. “My father the great Paul Sorvino has passed,” she wrote. “My heart is rent asunder- a life of love and joy and wisdom with him is over. He was the most wonderful father. I love him so much. I’m sending you love in the stars Dad as you ascend.”