Gwyneth Paltrow Opens Up About Past Relationship With Brad Pitt

Gwyneth Paltrow sat down with Sophia Amoruso on her podcast Girlboss Radio and opened up about her past relationships and previous mindset when it came to dating.

“Oh my God. I’ve f–ked up so many relationships, so many,” the 44-year old actress admitted.

“I’m actually a pretty good friend and a good sister and a daughter and a mother but I am at my potentially most vulnerable and f–ked up in the romantic slice of the pie,” Paltrow said. “So it’s taken me a lot of work to get to the place where I have a good romantic relationship.

“So Brad Pitt, if you’re listening,” the host began, hoping for a comment from Paltrow.

“I f–ked that up, Brad,” Paltrow responded.

Paltrow and Bitt dated between 1995 and 1997 and quickly became one of Hollywood’s most popular couples. They met on the set of Se7en and Pitt actually proposed to Paltrow in 1996, but the two ended it a few months later.

Despite her recent comment about Pitt, Paltrow who was married to Chris Martin from 2003-2014, has actually been linked to another Brad whom she met on the set of Glee in 2010. Paltrow posted a selfie in March of herself with Brad Falchuk as a birthday tribute. Aside from this photo, the two have remained quite aloof and have yet to talk publicly about their relationship. 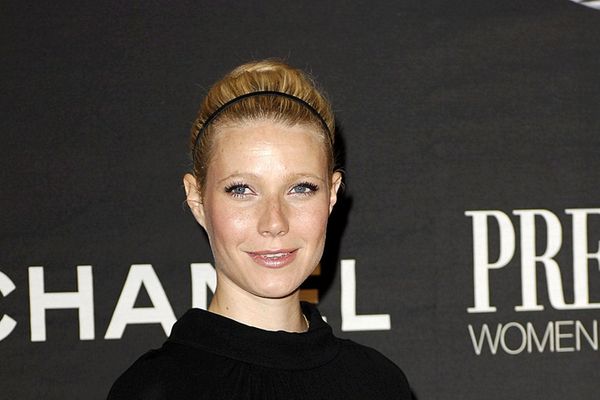