Former Bachelorette Hannah Brown and Tyler Cameron have finally addressed their relationship and cleared up the rumors that the two rekindled a romance during the quarantine.

Tyler Cameron was in Hanah Brown’s final two on the show, however, she turned down Cameron’s proposal and got engaged to winner Jed Wyatt, but quickly called off the engagement. Cameron and Brown have become notably close since the Bachelorette‘s finale and despite Hannah rejecting his proposal, the two quarantined together very publicly, which led to rumors from fans that they had rekindled their relationship.

The duo finally sat down to set the record straight in a YouTube video posted to Hannah Brown’s channel titled “What Really Happened.” They shared that they decided to reconnect just before the pandemic began after Cameron’s mom tragically passed of a brain aneurysm and Brown’s younger brother, Parker Brown, overdosed.

“We were kind of leaning on each other at this point,” said Cameron. “We were both going through things so we were kind of each other’s support system all of a sudden. You of course have your family there but it’s always nice to have someone outside to lean on as well.”

“That knows you in a different way,” Brown added, “but I think there was also like a problem in that a little bit. We were like together in trauma.”

“You were able to bring light to a very dark time. It was needed,” Cameron added.

Brown also revealed that she and Cameron were never romantic their entire time in quarantine together. “People think we were hooking up the whole time. Never kissed,” she shared.

“We went from a dating show where it didn’t work out, then not talking to each other, trauma happens, we hang out, to living together,” Cameron said. “12 times more the amount of time in that house together for those 18 days than we did on the show.”

The duo ended the video by sharing that they are “trying to be cool being friends.” Cameron added, “Everything we’ve been through, all the stuff we’ve done, we care about each other, we’re there for each other. I’m super stoked where we’re at right now. We’re able to sit here and have fun with each other. This has been the best conversation we’ve had.”

“There’s no pressure,” Brown added. “It feels like it’s more our own terms. I think it’s been good.” 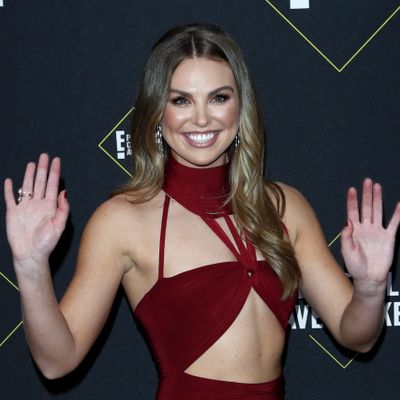