After one of the most dramatic endings to a season of The Bachelorette with Hannah Brown’s engagement and then break-up with her winner Jed Wyatt, all eyes have been on her rekindled romance with runner-up Tyler Cameron.

Just as fans thought things might be heating up between the two after Tyler was spotted leaving Hannah’s apartment in the morning hours after their recent date, things changed when Tyler was spotted out and about with model Gigi Hadid.

Now, Hannah is speaking out about being single following Tyler’s recent outings. “The feelings that it have for Tyler didn’t go away. Just because I’m single doesn’t mean I didn’t have feelings for him still. I did want to hang out with him and a single girl can go out on dates and I wanted to go out and have a drink,” she told PEOPLE.

“I thought it went great. I think he did too,” she said of their recent date that seemed to end in a sleepover. “We had a great time,” Brown added. “We talked everything out. It felt very normal.”

After his date with Hannah earlier in the week, Tyler was spotted with Gigi Hadid at Soho House in Brooklyn. Only two days later they were seen again hanging out with some of Gigi’s friends at Frames Bowling Lounge in NYC.

“I’m not really sure where things stand with us right now. I’m single. Dating [Tyler] is too strong of a word,” Brown said of her current status with her runner-up. “I’m figuring it out.”

“I want to keep my options open,”she added,“and make sure I’m doing the best thing for Hannah.” 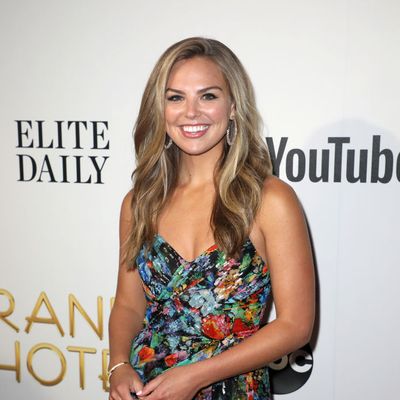