Hilary Duff Finally Opens Up About Divorce And Her New Crush

“Hilary Duff is Back and Kicking Ass,” reads the caption next to a beautiful Hilary Duff on the cover of Cosmopolitan’s April 2015 issue, and that headline does not lie.

The 27-year old mother of one looks gorgeous and confident while showing off her killer toned legs and is ready to open up about her divorce from Mike Comrie and what’s coming up as she makes her comeback.

Duff and Comrie were married for four years before announcing their separation in January 2014, but for a whole year still looked very much a couple while out on family days with their son Luca. The two were even spotted together as recently as October attending a Halloween party holding hands.

Duff did file for divorce however on February 20, 2015 amidst reports of Comrie having a wild drunken night out the day before, but she is still nothing but polite about the split.

“Mike and I were very in love when we met. We both really wanted to get married […] We spent the majority of our time together really happy. It wasn’t working well enough to stay together, but there was still a lot of love involved,” she explained. “It was just a slow set-in of us not being the match that we used to be. I’m lucky for the person he is and I am and how we decided to handle this.” ”

“I don’t want to sound bitter, because I’m definitely not, but I don’t know if people are supposed to be together forever. Things happen over a long relationship that you can’t always fight […] I just always want to fight for happiness.”

While the divorce is still new, there is at least one Hollywood hunk that Duff wouldn’t mind trying again with. “Charlie Hunnam,” she revealed stating she has an eye for the Sons of Anarchy hunk.

Unfortunately Hunnam is in his own long-term relationship but love isn’t what Duff is focusing on anyway. She is currently working on releasing her newest album and is also starring in a new TV Land series, Younger. 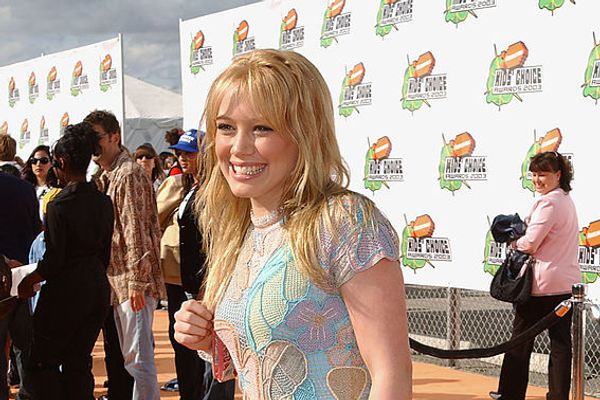