How Did Jada Respond To Will Working With Margot Robbie?

When it comes to Hollywood power couples Will Smith, 46, and wife Jada Pinkett Smith, 43, are near the top of the list. From their successful careers in entertainment to their successful 18 year marriage, these two have it all.

Like most couples in the spotlight their relationship has been bombarded with rumors about infidelity and divorce but through it all they have remained stronger than ever.

Regardless, it begs the question, does either get jealous when their significant other is partnered up on-screen with another smoking hot celebrity, which Hollywood knows all too well has destroyed many marriages and formed new ones?

Recently Will Smith sat down to do an interview for his new film Focus along with his co-star, Australian beauty Margot Robbie, 24, and the pair were asked about their “steamy” scenes together where Robbie joked that Smith, “tastes like Christmas.”

Then Will was asked about how he stays in such incredible shape at 46 years old and if he and Jada just work out all the time, to which he responded, “Yeah, we have a workout household. When Margot got hired for the gig and she [Jada] saw that Margot was young, and hot, and in shape, she said, ‘Boy, don’t embarass me. Get in shape NOW! Do not let that girl smash you on screen,” Smith laughed.

Given Jada’s talent, beauty and own hot body it is no surprise she is very confident in her relationship with her husband, even if he is on-screen with “young, hot” actresses.

Also Check Out: 7 Celebrity Couples Rumored To Have Had Open Relationships 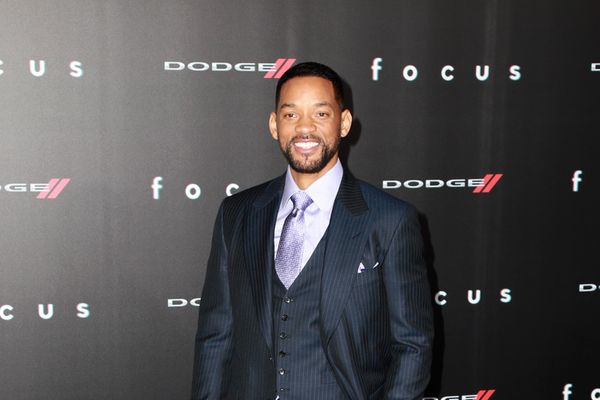