Australian rapper Iggy Azalea, 24, seems like a celebrity who is down to earth and very relaxed however she has been to known to get in her fair share of social media feuds for one reason or another.

While she’s been bashed by fellow stars like Snoop Dogg and Azealia Banks, her latest controversy was actually with her local Papa John’s pizza chain after the boy who delivered her pizza gave out her number to friends and family.

During a recent appearance on Ryan Seacrest’s radio show, Azalea was asked about the incident and she told the entire story, clarifying she was not in a war with Papa John’s but became increasingly frustrated when they did not have proper answers has to how the situation was being properly dealt with.

She was also concerned that they were not taking the issue seriously after replying back to her on Twitter making light of the situation using her own song lyrics causing her to finally tweet, “I want answers @papajohns why is customer confidentiality a joke to your company?”

While at the time she was clearly heated, she says everything is fine now and managed to pull off a very hilarious impression of the delivery boy at the root of all her trouble, however she did confirm she is now a VIP Pizza Hut member.

Azalea also recently announced that she would be taking a break from her social media accounts after receiving hurtful comments about cellulite following a bikini shot of the star on vacation going viral on the internet, at least she won’t have to worry about any more Twitter feuds.

Check out her interview below! 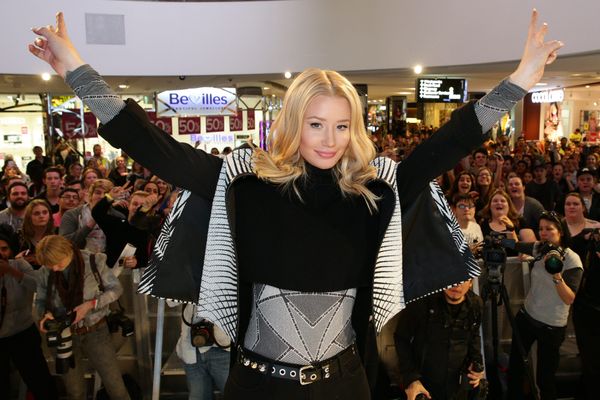