Jada Pinkett Smith kicked off her new Facebook Talk Show Red Table Talk in a big way when she brought on her husband, Will Smith’s first wife, Sheree Fletcher, as her guest for the very first show.

The actress opened up like never before about how she began dating Smith while he was still married to Fletcher and the regrets she has about it, and how they navigated life as a blended family with Pinkett Smith becoming a stepmother to Smith and Fletcher’s son, Trey.

Although Smith and Fletcher had separated, the actress admitted it still wasn’t the right time to be getting into a relationship with Smith who she has now been married to for over 20 years.

The pair, who are very amicable now, also became emotional when Fletcher opened up about the first time Trey met Jada. “So Trey comes home and I said, ‘How did you like Miss Jada?’ He said, ‘I really liked her, Mommy,’ ” Fletcher recalled. When Pinkett Smith whispered, “Oh my God” in response and starts to cry, Fletcher reaches out and begins to tear up before saying, “Thank you for loving my baby.”

Before the inaugural episode, Jada Pinkett Smith opened up about why she felt it was important to have Fletcher as her first guest, and it was especially important because it was for Mother’s Day. “I thought it was important to have that conversation because she was my entry point to motherhood. I was co-mothering with her. At that particular time, before [having a blended family] was popular, before it was even an idea, we were trying to create something that we had never experienced.” 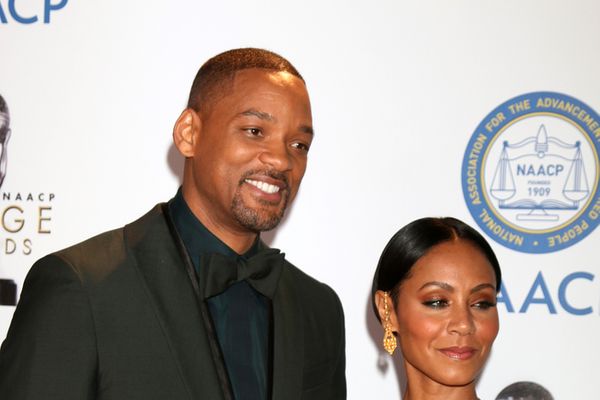