The youngest Spears is getting so big!

Jamie Lynn Spears, Britney Spears’ 23 year-old sister, posted a photo of her daughter and husband Instagram — and we can’t get over how big her daughter is!

Jamie Lynn, Maddie (6) and her husband Jamie Watson are pictured standing in front of the Andrew Jackson statue and the Saint Louis Cathedral in Jackson Square in New Orleans, Louisiana. Along with the photo, Jamie Lynn wrote the caption, “#nofilter #nola.”

Maddie’s holding some kind of stuffed bear pal, but we can’t get over how big and grown-up she’s starting to look.

New Orleans is a special place for Jamie Lynn: earlier this year, she and Jamie (not Lynn!) tied the knot in a “very emotional” ceremony in the culturally-rich city. Maddie served as flower girl while Britney’s sons Jaden and Sean played their part as ring bearers, wearing adorable tuxedoes and bow ties.

Jamie Lynn, who grew up in Kenwood, Lousiana, is proud of her state. She also posted a photo of a college football game and explained to her fans that she was rooting for Louisiana State — though they unfortunately lost to Alabama 20-13.

Check out the pic below: 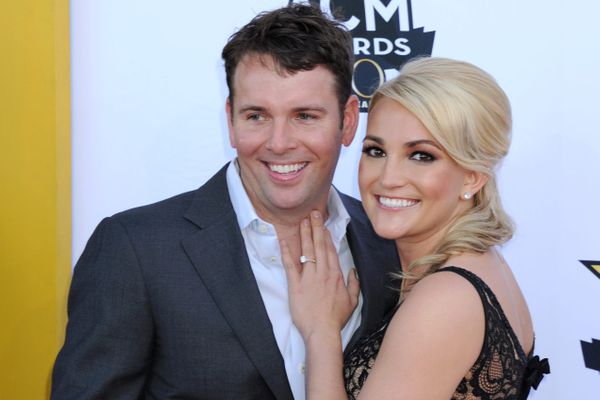