Jana Kramer may be hinting at heartbreak. The 36-year-old country singer and One Tree Hill alum has sparked speculation that she and husband Mike Caussin might be splitting.

“2019. Ur coming to a very interesting end…and for now, all I have to say is… Time heals all wounds,” the singer wrote alongside a photo of herself.

The actress ignited the breakup theory further when she removed “wife” from her Instagram bio the same day. Kramer also removed Caussin’s name from the title of their podcast, “Whine Down w/ Jana Kramer and Michael Caussin.” The day after, however, she re-added the NFL alum’s name and “wife” to her social media account.

“So…If I’m being honest…this photo isn’t real life right now. Today was a tough couples therapy session. Nothing big happened, just a lot of feelings that were held in and damn did they come out today,” she posted in the since-deleted caption. “So though it shows us smiling right now I wanted to be honest and say yup marriage can be hard and it takes a lot of hard work.”

She added: “And even after the tough session Mike and I said our I love you’s because at the end of the day the love is always there.”

Kramer also posted another cryptic quote via Instagram Stories on Wednesday, January 1: “She has been through hell. So believe when I say, fear her when she looks into a fire and smiles.” The couple spent New Year’s apart.

Kramer and Caussin, who wed in 2015, share 3-year-old daughter Jolie and 13-month old son Jace. The pair previously split in August 2016 due to news breaking about Caussin cheating on her with multiple people. He then entered treatment for sex addiction.

In December 2017, the couple renewed their vows in Hawaii. “I don’t know what tomorrow can bring or the next day, but I just know that we’re both actively working at it,” the Kramers said to Us Weekly in January 2018. “I think for us, renewing our vows was something like we’re both committed to each other and letting the past be something that fuels us to be better people.”

Unfortunately, the pair hit another rough patch in their marriage in October 2019, where she discovered a photo of a topless woman in Caussin’s text messages. He later than claimed that a “bot” sent him the image.

“I know it was not an actual person. It was a bot,” Kramer revealed to Extra at the time. “But I still do not believe he was going to tell me about it. I totally get why he would delete it and not tell me. I get that thought process, 100 percent. It is just that the toll that the trauma takes … I don’t know how much I have left of that to cry out any more.”

2019. Ur coming to a very interesting end….and for now, all I have to say is…Time heals all wounds. 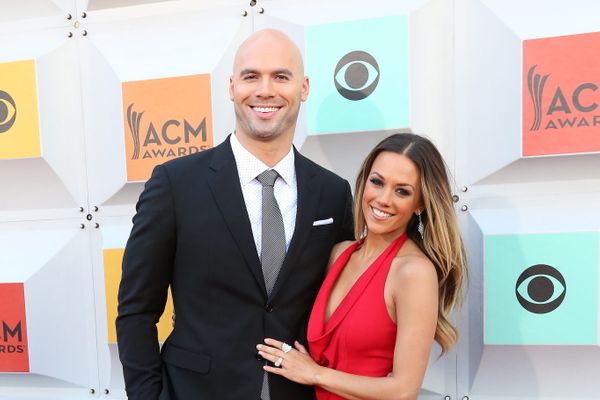