Game of Thrones actor Jason Momoa learned the hard way that publicly stated offensive comments will always come back to haunt you!

Back in 2011 Momoa attended Comic Con and made an inappropriate comment about women that was caught on camera. In the wake of the Harvey Weinstein sexual assault allegations, the video of Momoa has resurfaced and re-offended the world. “As far as sci-fi and fantasy, I love that genre because there are so many things you can do, like rip someone’s tongue out of their throat and get away with it and rape beautiful women,” said the actor at the time while talking about his character, Khal Drogo.

Momoa has opened up about the incident and released a statement on Instagram apologizing for his highly inappropriate comment. “I awoke in Australia to the justified reactions by many people to a distasteful joke I made years ago in Hall H for which I am sorry,” he began.

“I am still severely disappointed in myself at the insensitivity of my remarks that day. I know my sincerest apology now won’t take away those hurtful words. Rape and sexual harassment can reach anyone and I have seen first hand its painful torment among members of my own family and friends,” he continued.

“I made a truly tasteless comment. It is unacceptable and I sincerely apologize with a heavy heart for the words I said. All apologies, Jason,” he concluded. 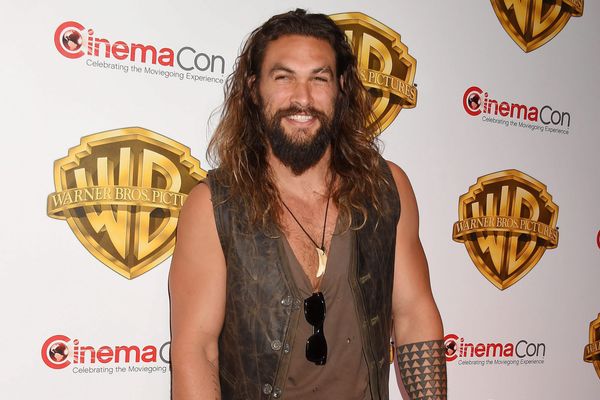