Javier Bardem is the latest celebrity to come forward to support his friend Johnny Depp in the actor’s defamation lawsuit against his ex-wife Amber Heard.

The 51-year-old actor submitted a written declaration on behalf of Depp, who sued Heard in 2019 after she wrote an op-ed for the Washington Post, in which she framed herself as a victim of domestic abuse, according to court documents.

Bardem and Depp worked together in the 2000 movie Before Night Falls and reunited again in 2017’s Pirates of the Caribbean: Dead Men Tell No Tales.

“I love Johnny. He has always been a true gentleman and an extremely generous and caring friend to my family and myself,” Bardem wrote.

He continued, “On top of that I’ve had the gift of working with him twice and have experienced his respectful attitude towards every single member of the crew alongside his unique and hilarious sense of humor.”

“I stand by Johnny because I have always seen and felt a true caring and loving man in him — an extraordinary and unique artist who has listened to anyone who needed his help,” the actor wrote. “I not only love Johnny but respect him deeply and I thank him for being the free and careless little boy he is in his art and the mature and loving man he is in the lives of others — always there when we need him.”

Bardem added, “I love Johnny because he is a good human being, trapped in the lies and manipulations of toxic beings and yet smiling and loving us all in spite of it. How? Through his music, through his acting, through his silence. This means a lot. Thank you Johnny. Millions of others like me love you deeply.”

“Many years have passed and I have not only made 3 movies with him, but I also count on him as a great friend. I’ve always been impressed by his kindness, his brilliant mind, his talent, and his peculiar sense of humor,”  she wrote.

Depp’s ex-girlfriend, Winona Ryder, also backed her ex in her own declaration, writing, “I am aware of the violence allegations that have been made publicly for the last few years by Johnny Depp’s ex-wife Amber Heard.”

“I do not want to call anyone a liar but from my experience of Johnny, it is impossible to believe that such horrific allegations are true. I find it extremely upsetting knowing him as I do,” she added.

Vanessa Paradis, Depp’s ex, also voiced her support earlier in March in a submitted declaration on behalf of the actor.

“I have known Johnny Depp for more than 25 years,” Paradis wrote. “We’ve been partners for 14 years and we raised our two children together. Through all these years I’ve known Johnny to be a kind, attentive, generous, and non-violent person and father.”

“I am aware of the allegations which Amber Heard has publicly accused Johnny of for more than 4 years now,” she continued. “This is nothing like the true Johnny I have known, and from my personal experience of many years, I can say he was never violent or abusive to me.”

Depp and Paradis were together for 14 years, from 1999 to 2012. The former couple shares two children: 20-year-old daughter Lily-Rose and 17-year-old son Christopher.

Heard and Depp married in 2015. In May 2016, Heard filed a domestic violence restraining order against him, accusing Depp of abusing her. He denied the claims, and the former couple settled their separation outside of court in August 2016 for $7 million, which Heard donated to charity. Both parties signed NDAs barring them from discussing their relationship to the public.

In 2019, Depp’s lawyers filed a $50 million defamation suit against Heard over her op-ed in The Washington Post published on December 18, 2018. The op-end was titled “I spoke up against sexual violence — and faced our culture’s wrath. That has to change.” In her public essay, she made no mention of her ex-husband’s name.

The Edward Scissorhands star sued the U.K. outlet The Sun in 2018 for libel over a story calling their actor a “wife-beater.” The trial is expected to begin on March 23 and last for two weeks. 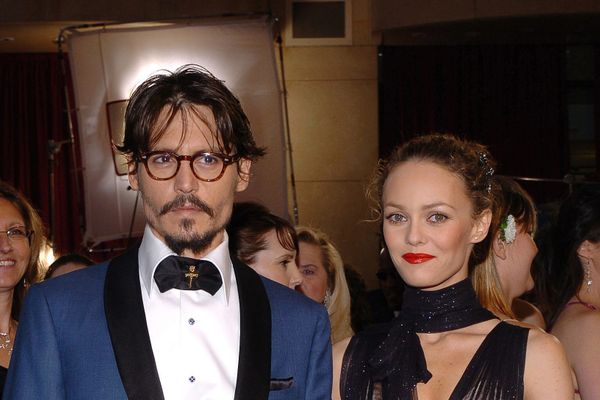