Lawrence and Maroney first began dating in June 2018 and the couple got engaged the following February. The actress and art dealer tied the knot later that year on Oct. 19, 2019, in Rhode Island. They held a wedding reception for 150 around guests, including celebrity attendees such as Kris Jenner, Emma Stone, Adele and Amy Schumer, to name a few.

In June 2019, Lawrence opened up about her relationship with Maroney while speaking on Catt Sadler’s podcast, Naked with Catt Sadler.  He’s “the greatest human being I’ve ever met,” she shared, adding, “He really is, and he gets better.”

When asked why she chose to marry Maroney, Lawrence explained, “I don’t know, I started with the basics: ‘How do I feel? Is he nice? Is he kind?’ ”

“It’s just — this is the one, I know that sounds really stupid but he’s just, he’s — you know. He’s the greatest person I’ve ever met, so I feel very honored to become a Maroney,” she added.

Congratulations to the happy couple on the upcoming new addition to their family! 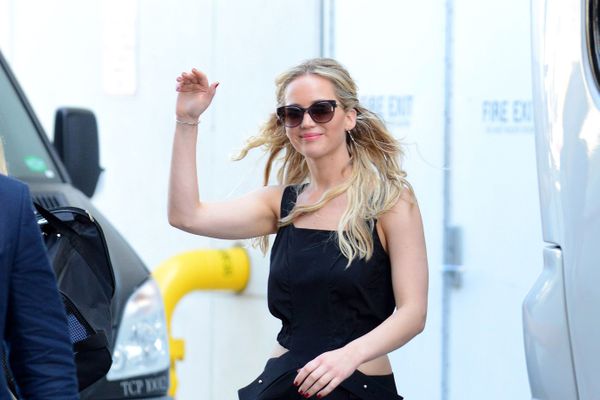