In the picture, the family is enjoying a day out in the sun as Jessie shows off her growing baby bump while Eric holds their 1-year old daughter Vivianne. It’s smiles all around as she captioned the photo: “Vivianne is so excited because she is going to be a big sister! We are over the moon about having another baby!!!”

With the big news revealed, Jessie recently opened up about the excitement of expecting again but did say they weren’t really trying. “We were not trying to get pregnant. We definitely were practicing, but we were not practicing to make a baby and it just happened!,” she said smiling.

She also slyly admitted that they do know the sex of this baby, but they aren’t sharing: “honestly it’s so cliche when everyone says ‘we just want a healthy baby.’ We honestly do, we love Vivianne so much so the idea of having another little girl is really exciting and then the idea of having a little boy was really exciting too, so we’re just hoping for a healthy baby.”

While she does have an extremely attractive husband who starred in the recent music video for her song “Clint Eastwood,” she did admit that maybe she should have traded him out for Clint’s own attractive actor/model son, Scott Eastwood.

“There’s a lot of buzz going around about his son, Scott Eastwood. I had my husband play like, you know, the love interest but now I’m thinking I should have used him just because it kind of would’ve been cool to have his son in it…he’s cute.” 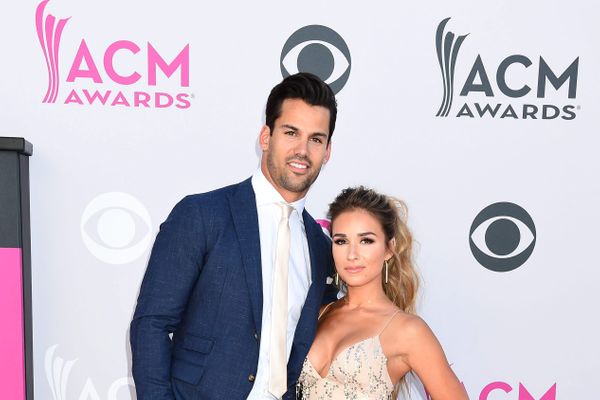