For over 20 years, former model Jill Goodacre and Harry Connick Jr. have been one of Hollywood’s most solid and adorable couples, but what fans didn’t know was what they were going through outside of the spotlight.

Now, the pair are opening up about Goodacre’s secret five year battle with breast cancer, that all began with a routine mammogram back in October 2012, which at first seemed okay. “They said, ‘Okay, looks good. Since you have dense breasts, just go across the hall for your sonogram,’” Goodacre recalled to PEOPLE when speaking publicly about her diagnosis for the first time. Unfortunately, the sonogram did not come back clear, and after a biopsy Goodacre was told that she had Stage 1 invasive ductal carcinoma which would require an immediate lumpectomy and radiation.

Connick Jr. said he was immediately terrified, especially after losing his mother to ovarian cancer when he was only 13. “I was scared I was going to lose her, absolutely. I wasn’t going to let her see that, but I was. I know from losing my mom that the worst can happen. She’s my best friend, and I really don’t know what I would do without her.”

For the pair and especially Goodacre, the hardest part was telling their three daughters, Georgia, 21, Kate, 20, and Charlotte, 15. Goodacre added that even though she did not need chemotherapy, the road to recovery hasn’t been easy. “The lumpectomy didn’t come back with clean margins,” she explained, adding, that it was discovered she also had extensive ductal carcinoma in situ, which is less invasive. “So I had to go in for a second surgery the very next day. And then radiation absolutely wiped me out. And since then there’s been the Tamoxifen, which I’ve now been taking for five years.”

Now, Goodacre is almost at her five-year mark in remission, which means she can stop taking Tamoxifen, which has caused difficult side effects including weight gain, and said that is why the couple finally decided to speak out. “It wasn’t like we were superstitious, like if we said something about being in the clear we’d somehow jinx it,” Goodacre stated. “But we wanted to be well on the other side of things before we told everybody. The doctors all say that after the five-year mark, things look optimistic, so we’re starting to feel pretty good.”

The former model will be appearing on her husband’s talk show, Harry, on Thursday, October 26 to discuss her courageous journey, and a sneak peek shows Connick Jr. telling his wife, “All I wanted to do was grow old with you and have as many years as possible as I could with you.” 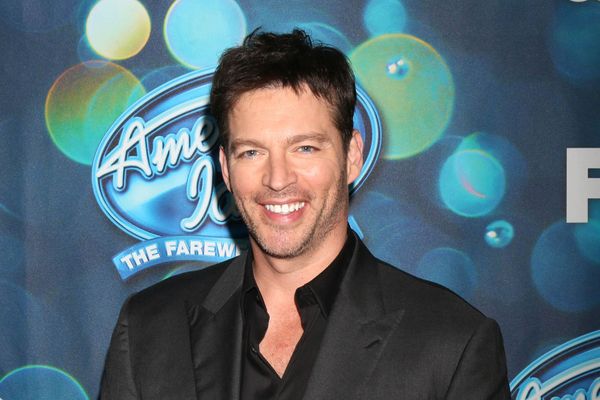