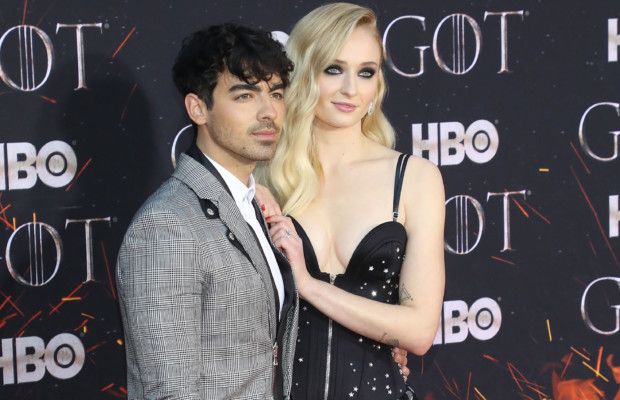 Joe Jonas along with Nick and Joe blew everyone away at the 2019 Billboard Music Awards on Wednesday, May 1 where they performed for the first time as a band in a decade. Nick kicked off the performance with his hit song “Jealous” before Joe ran up on the stage to join him; the pair then launched into DNCE’s “Cake by the Ocean.” When Kevin finally joined the launched into their new single “Sucker”, the first single from The Jonas Brother in nearly six years which features a music video starring their lady loves, Nick Jonas’s wife Priyanka Chopra, Kevin’s wife Danielle, and now Joe’s wife, Sophie Turner.

All three women were the biggest cheerleaders of the performance as they danced and cheered together, but it seems the fun of the night was only beginning for the Jonas family.

Following the awards, Joe and Sophie surprised everyone by getting married in Las Vegas at Chapel L’Amour inside A Little White Wedding Chapel.

The whole thing was shared on Diplo’s Instagram live feed and showed an Elvis impersonator marrying the two stars.

Although some thought the whole thing could have been a joke, many have confirmed the wedding was legitimate and according to online records, the couple applied for a marriage license earlier in the day in Clark County, Nevada.

Turner, 23, walked down the aisle while country stars Dan and Shay performed their hit love ballad “Speechless” acoustically while Nick and Kevin stood beside Joe as his groomsmen awaiting the bride.

The pair even exchanged ring pops as wedding bands!

The famous couple first began dating in 2016 after Joe Jonas contacted Turner on social media. He proposed one year later in October of 2017 and they have been planning a wedding ever since.

The Las Vegas wedding comes as a huge shock as Joe has recently been opening up about their plans for a wedding, revealing it was going to be “this summer” and in France. “I mean, we are getting married in France, so a lot of Coors Light is necessary,” he said recently on the Zach Sang Show.

It is unclear if they are going to go ahead with a summer ceremony following the Vegas nuptials. 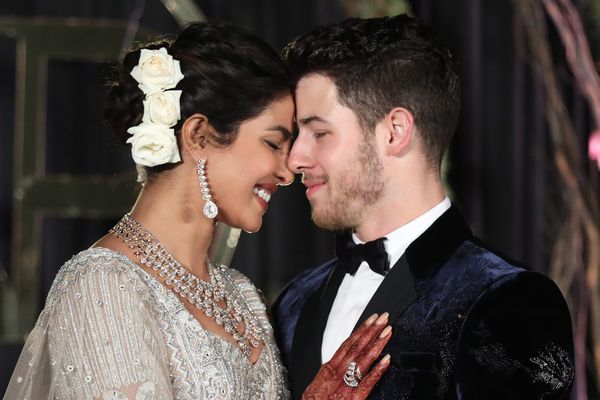