Joe Jonas and Sophie Turner are about to be parents!

Several sources have confirmed with multiple outlets that the Game of Thrones star and Jonas Brothers group member are expecting their first child together! The pair got married in May 2019 in Las Vegas following the Billboard Awards, and had a second ceremony a month later in France.

“The couple is keeping things very hush hush but their friends and family are super excited for them,” one source shared with JustJared who was first to report the news.

Another source shared to the same publication: “Sophie has decidedly been choosing outfits to wear on and off the carpet to accommodate her changing body.”

The last major public appearance the couple was spotted at together was at the 2020 Grammys, where Turner cheered on her husband during the Jonas Brothers’ performance of “What A Man Gotta Do.”

Since their private ceremony in May of last year, the couple continues to share their love story, from sweet social media posts, unforgettable vacations to red carpet date nights.

“They truly are the best couple,” an insider previously told E! News. “Everyone is obsessed with them together.”

Even though news of Turner’s pregnancy is circulating the newspapers everywhere, she and her husband don’t plan to slow down anytime soon. The Jonas Brothers singer recently announced a residency in Las Vegas that is expected to begin in April, while the Game of Thrones alum will star in Survive, a new Quibi series based on a novel with the same name by Richard Abate.

At this time, Jonas and Turner have not publicly commented on the pregnancy. 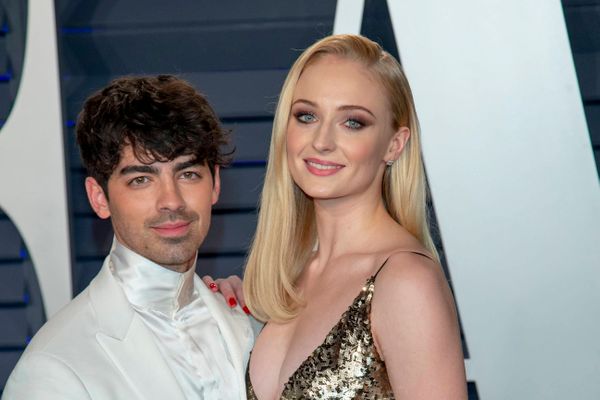