First it was Kanye West and Justin Bieber, and now John Mayer, 37, has joined the “bad boys reformed” train as Hollywood’s most notorious ladies’ man opens up about his high-profile relationship with pop star Taylor Swift, 25.

While both have had some very famous significant others, this relationship raised a lot of eyebrows when the two briefly dated in 2010, mostly due to age difference as Swift was only 19 and he was 31, plus a significant difference in reputation with Swift as the innocent good-girl and Mayer as the sleezy bad-boy.

It came as no shock when things ended, apparently pretty badly, causing Swift to pen the very conspicuous track “Dear John” on her Speak Now album. Mayer responded to with “Paper Doll” in 2013, but in a recent interview with MSNBC the “new” Mayer had nothing but nice things to say about Swift.

Interviewer Ronan Farrow told Mayer he wanted to talk “professionally” about Swift, which Mayer was happy to do, praising her for pulling her music from Spotify, “I think that’s a really cool thing for a musician to do.”

Mayer who is now reportedly in a stable relationship with Swift’s “enemy,” Katy Perry, also mentioned his relationship with Swift by wishing media focused more on his music,”All we’re talking about is being honest with yourself and what to ask for in this life. I put out a song called ‘Paper Doll’. The song never got listened to as a song. It became a news story because of the lyrics.”

“Look I can say the name Taylor Swift. She’s an artist. I’m an artist. Let’s just…everybody stop. Nobody’s got an incurable cancer. We’re rich people who get to live out our dreams. Let’s just stop it. I’m a musician who is bigger than one song or once record.” 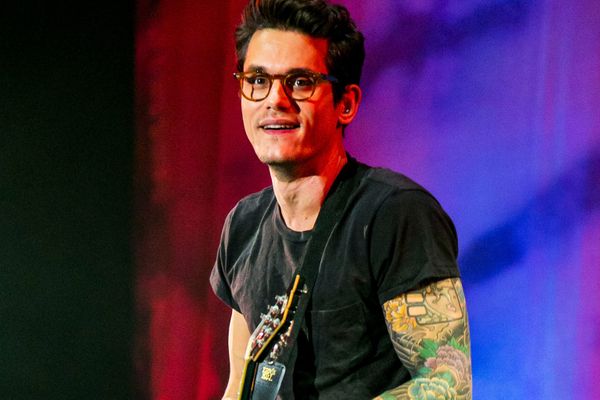