Oprah Winfrey, the queen of television giveaways, has some new, stiff competition.

In the largest giveaway in TV history, the host of Last Week Tonight, John Oliver, gave almost $15 million in medical debt relief to 9,000 Americans. This giveaway surpasses Oprah’s big car giveaway in 2004 where she gave the members of her audience each a brand new car for a value of nearly $8 million.

Unlike Oprah, Oliver – who is known for his sharp political commentary – tackled the growing shady business of debt acquisition.”It is pretty clear by now debt buying is a grimy business, and badly needs more oversight, because as it stands any idiot can get into it,” he said on the show. “And I can prove that to you, because I’m an idiot, and we started a debt-buying company. And it was disturbingly easy.”

Oliver spent a mere $50 to start a debt-buying company that he named Central Asset Recovery Professionals, or CARP. For $60,000, Oliver purchased almost $15 million worth in medical debt, which included sensitive information like names, social security numbers, and home addresses. Rather than attempt to collect the debt, Oliver decided to forgive it instead. “[O]n one hand, it’s obviously the right thing to do, but much more importantly we’d be staging the largest one-time giveaway in television show history.”

Cheekily, Oliver went on. “Now, clearly, this is only going to help the 9,000 people whose medical debt we bought. The larger issue is we need much clearer rules and proper oversight to protect consumers from potentially predatory companies, like the one we set up. But in the meantime, it seems the least we can do with this debt that I cannot f–king believe we are allowed to own is to do this.”

Oliver pushed a big red button that signified that the debt had been forgiven. With money raining down on the audience, Oliver exclaimed, “I am the new queen of daytime talk!” 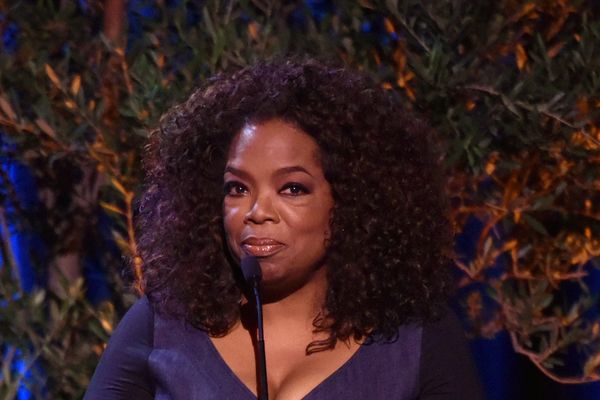