Another one bites the dust.

On Monday, actress Amber Heard, 30, filed for divorce from her husband, Johnny Depp, 52, citing irreconcilable differences. The couple were married for 15 months after exchanging vows on February 2, 2015. There are many speculations as to why things in the relationship unraveled so quickly, despite their whirlwind romance. Here’s the scoop.

The 22-year age difference between the two stars may have also been an issue. In a People interview back in 2014, a good friend of Depp’s said the age gap created turmoil in the relationship. “[Heard] is not really ready to settle down,” said the friend. According to another source, Heard wasn’t ready to change her lifestyle. “Before Amber met Johnny she was just a regular super cool hipster chick living with roommates who dated girls,” the source told People. “At their engagement party she kind of got cold feet… she was just like what is this scene and what am I doing here? She kind of couldn’t believe it was her life now.”

TMZ reports that the problems may have been the result of feuds between Depp’s family and Heard. Multiple sources say that Depp’s family – including his mom, 2 sisters, and 2 teenage children – “hated” Amber because she would “treat him like crap.” Depp’s mother moved in with the couple earlier this year and was vocal about her disdain for Heard. She felt Heard was using Depp for his status and fame in order to bolster her own career. Only 3 days after Depp’s mother’s passing, Heard filed for divorce.

The couple did not sign a prenup, and Heard is fighting for spousal support. 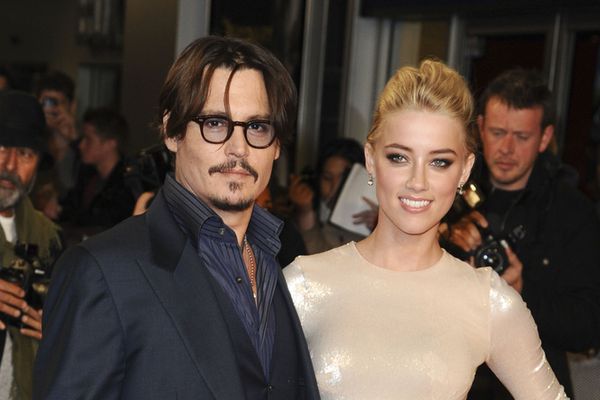