Jon Stewart Announces His Retirement From The Daily Show

Jon Stewart, 52, may be a star on Comedy Central, but no one is laughing about the announcement of his retirement after 16 years as the host of The Daily Show, breaking the hearts of millions of fans.

On a taping of the show on Tuesday February 10, Stewart addressed his fans and audience with the big news stating, “Doug Herzog and Michele Ganeless of Comedy Central gave me an incredible opportunity 17 years ago to pilot this wonderful franchise […] It’s time for someone else to have that opportunity,” as the crowd voiced their sadness.

He went on to joke about his plans after leaving the show, “I got a lot of things in my head. I’m gonna have dinner on a school night with my family, who I have heard, from multiple sources, are lovely people.”

Network president Michele Ganeless made her own statement confirming the news of his departure and praising him for his work with the network.

“For the better part of the last two decades, I have the incredible honor and privilege of working with Jon Stewart. His comedic brilliance is second to none. Jon has been at the heart of Comedy Central, championing and nurturing the best talent in the industry, in front of and behind the camera,” she reflected of the beloved host.

“Through his unique voice and vision, The Daily Show has become cultural touchstone for millions of fans and an unparalleled platform for political comedy that will endure for years to come.”

Stewart became the host of the satire driven news segment in 1999, taking over for fellow comedian and host Craig Kilborn.

Also Check Out: 7 Celebrities Who Were Banned From Talk Shows 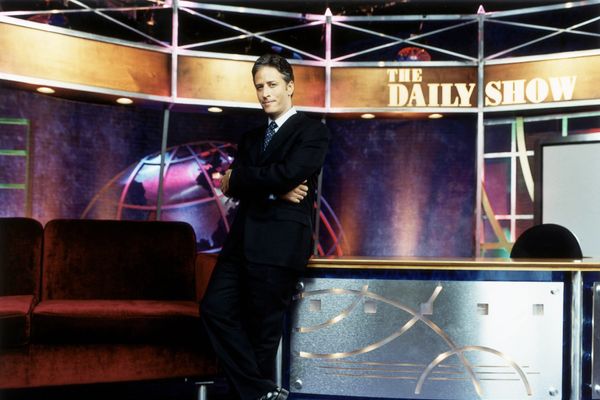