Although Brad Pitt and Angelina Jolie separated nearly two years ago, their divorce is still being processed which means they are still battling when it comes to custody of their six children.

According to new court documents handed down by a judge, Angelina Jolie needs to make more of an effort to improve her relationship with Pitt, or she is at risk of losing primary custody of the children. A judge in the couple’s ongoing divorce case said in the documents that “it is critical that each of [the six] children have a healthy and strong relationship with their father and mother,” adding that Jolie must allow Pitt to maintain and repair that.

In addition, the judge even included specific steps that Jolie must take to help Pitt have better access to the children which includes “a detailed summer visitation schedule, and easy phone access between Pitt and each of the kids, without monitoring or interference from their mom,” according to PEOPLE.

Along with the new court order, the couple are expected to follow other rulings handed down in the case which includes the children visiting their therapist with Pitt.

As previously reported, Jolie filed for divorce from Pitt on September 19, 2016 and it didn’t take long for the custody battle and divorce to turn nasty. Eventually, the public bashing of each other became so bad, a judge ruled that their divorce was to be kept private.

Update: A spokesperson for Angelina Jolie told Fame10, “This misleading leak is not in the best interests of the children. From the start, Angelina has been focused only on their health and needs, which is why it was so important that this last court hearing be conducted privately. It’s deplorable that someone, for their own selfish reasons, leaked selective portions of the confidential and sealed court record to create an inaccurate and unfair picture of what is really happening.” 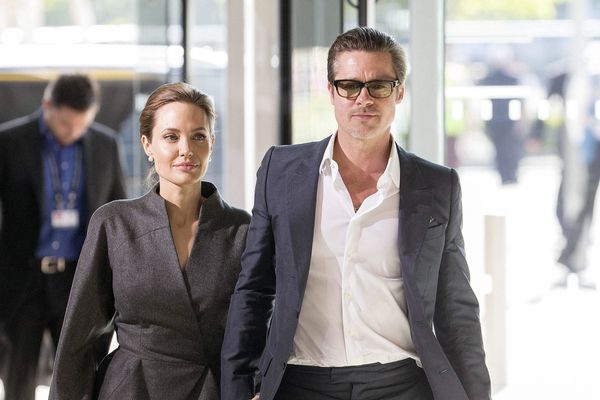