Actress Julia Louis-Dreyfus is ensuring fans she is a fighter as she recently shared a health update after she underwent her second round of chemotherapy in her breast cancer battle.

The beloved Veep actress took to her Instagram on Thursday, October 19 to share a light-hearted photo and caption amid her serious battle. “Chemo #2: finito. We are NOT f–king around here,” she wrote alongside a picture of herself with a mustache drawn on her face.

“I’ve got the eye of the tiger. The Fighter dancing through the fire cuz I am a champion and you’re going to hear me ROAR. Thanks to @mrtonyhale & @timothycsimons & @katyperry for their hilarious and loving inspiration,” she added.

Only a few weeks ago, the 56-year-old former Seinfeld star shared with fans that she had been diagnosed with breast cancer in an emotional statement on social media. “1 in 8 women get breast cancer. Today, I’m the one. The good news is that I have the most glorious group of supportive and caring family and friends, and fantastic insurance through my union. The bad news is that not all women are so lucky, so let’s fight all cancers and make universal health care a reality.”

Louis-Dreyfus’ former Seinfeld co-star Jason Alexander revealed that many of her Seinfeld co-stars had reached out to her following the news, stating, “When we first heard about Julia — I know she has breast cancer, I don’t know much more. We sent her emails saying ‘You must have a huge circuit of people closer than us to talk and share stories.’ “I find that women and couples and families that have been through this, they all pay it forward. So the minute you hear someone’s going through it, everybody says, ‘Do you need to talk? Do you need advice? Do you need contacts, doctors — ‘ Whatever it may be. So we said all of that to Julia and we haven’t, you know, heard back from her, which is fine, that just means there’s special people around her.”

Chemo #2: finito. We are NOT fucking around here. “I’ve got the eye of the tiger. The Fighter dancing through the fire cuz I am a champion and your’re going to hear me ROAR.” Thanks to @mrtonyhale & @timothycsimons & @katyperry for their hilarious and loving inspiration. 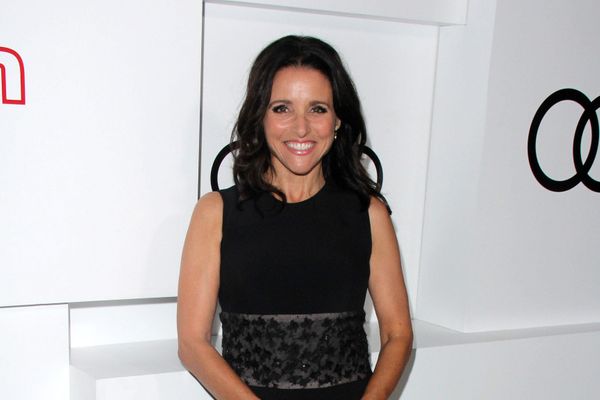