Julianne Hough’s Laugh Attack Is a Must See

I reckon she got the giggles. Julianne Hough apparently only thinks sexy dancing is sexy when all dancers have some sex appeal.

It’s amazing that Tommy Chong is still in the mix on Dancing With The Stars, especially considering that he has now outlasted contestants like former dancer, Lea Thompson. And it seems Tommy has found the winning formula: Do what he does best. Make people laugh. Even if it’s unintentional. (More on that in a second.)

This week, Tommy danced his trio number, and it was oddly, overtly sexual. Considering Tommy in the mix, the sexiness became accidentally, or perhaps intentionally comical, but things got even better after the dance number came to a close.

The four judges shared one thing in common after Tommy, and the two ladies finished their spectacularly writhing rumba: laughter. Bruno was choked up, and Julianne couldn’t stop giggling like a school girl. She looked half embarrassed, half confused.

When it came right down to brass tacks, it wasn’t the dancing that made Julianne lose any semblance of composure… it was Tommy’s one-liner that slayed her, left Erin Andrews lost in mid-air with the reaction of the season and sent the judges into a downward spiral.

What was it? Erin suggested in the post-dance interview that Tommy was able to live every man’s dream in dancing with two women, then she went on to ask Tommy, “How was it for you?” His response? “It was hard.”

To the see the judges’ response to Tommy Chong being Tommy Chong, check out the video below. 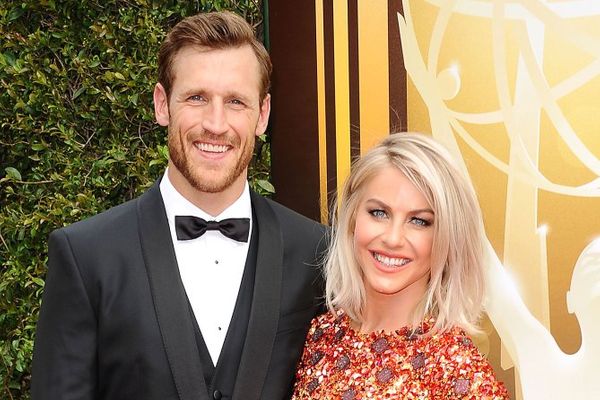