Kaley Cuoco has definitely got a thing for horses! The 30-year-old Big Bang Theory actress and avid horse lover has been spotted on numerous different occasions spending time with professional horseback rider, Karl Cook. The couple have shared some sweet Instagram photos leading fans to wonder about the possibility of a brewing romance, but neither have confirmed any details about their relationship status.

It all began a few weeks ago when Cuoco was seen being cozy with the 25-year-old equestrian at a tennis match in California on March 12. Then on March 13, after a competition, Cuoco posted a smiling photo with Cook, hugging him from behind, holding up the finger pose number 1 and captioned it with, “Sooo how many wins does that make??? Amazing GP win @hitshorseshows #thermal, mr KCso proud of you! (And entire team !),” and finished it off with a heart. This photo was right after Cook and his horse Basimodo won the blue ribbon at the $25,000 SmartPak Grand Prix competition. More recently on March 25, she posted another playful photo of the two with their heads close together while the equestrian seemingly licks her forehead and captioned it with a simple heart emoji.

The actress has a lot more in common with Cook than most people would know. Although she isn’t a professional horseback rider like Cook, she’s an equestrian also and owns several horses. This relationship comes at the heels of Cuoco’s recent divorce from Ryan Sweeting back in September after only 21 months of marriage. This would be Kaley’s first serious relationship since the divorce. Despite all of this, Kaley’s rep has not confirmed any details of the relationship at this time. 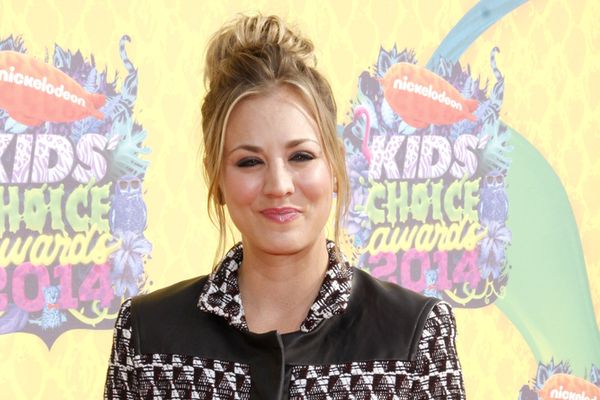