Katy Perry has recently admit that she never stopped caring about Taylor Swift despite their dramatic feud.

Perry opened up by apologizing to Taylor Swift and has extended a message of forgiveness towards her on many occasions recently. She appeared on Australia’s Today show and when asked about her relationship with Swift, Perry replied, “I mean, I love her, I always have. We’ve had our differences but I just continue to say, ‘God bless her on her journey.’”

The feud began around three years ago and Perry confirmed to James Corden that the argument sparked after Swift’s dancers left her tour to join Perry’s Prism World Tour in 2014. The fight was allegedly the source of inspiration behind Swift’s hit song “Bad Blood,” to which Katy countered with her song “Swish, Swish” that was released this year.

In June, Perry was interviewed by Ariana Huffington on The Thrive Global Podcast and stated, “I am ready to let it go. Absolutely. 100 percent. I forgive her, and I’m sorry for anything I ever did, and I hope the same from her. I think it’s actually like, I think it’s time. There are bigger fish to fry, and there are real problems in the world. You know what I’m saying?”

She continued, “I love her, and I want the best for her. And I think she’s a fantastic songwriter, and I think that, you know, if we, both her and I, can be representatives of strong women that come together despite their differences, I think the whole world is going to go like, ‘Yeah, well we can do this.'”

Swift has yet to reciprocate or comment about the situation. 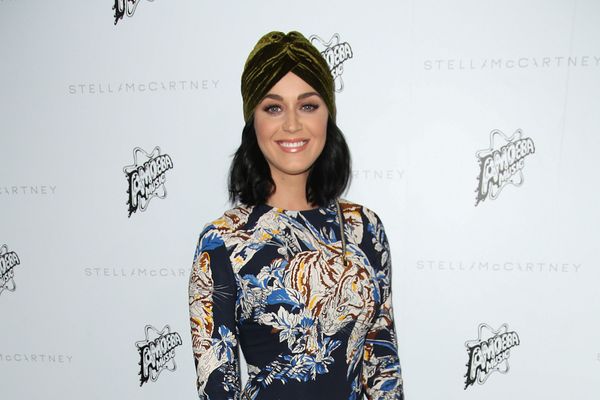