At Chanel’s Paris Fashion Week Show, the 19 year-old reality star-turned-model went braless beneath a sheer, midriff-baring black top, showing off her flat stomach and a peek at her chest.

The look, by Karl Lagerfeld, also featured a full, A-line white skirt with colored flowers and a black leather waistband, shiny black boots and black netting over her face. Bright red lipstick capped off the dramatic ensemble. Check out the video to see Kendall’s high-fashion look!

Lagerfeld announced that Kendall would be modeling for the brand back in November. Since them, Kendall has made a point of distancing herself from her reality TV family.

Although her mother, Kris Jenner, was in the front row for this fashion show, Kendall says that her family won’t be attending everything.

In fact, when Kendall’s half-sister Kim is invited to some of these fashion shows, Kendall asks her to decline so that they won’t turn into family affairs. In the past, Kim has asked Kendall permission before attending.

“I want to be high fashion. I want to be taken seriously,” Kendall explained. “People think that this [success] just came to me. But it didn’t. What I have has almost worked against me.”

Check out Kendall’s braless look in the video below: 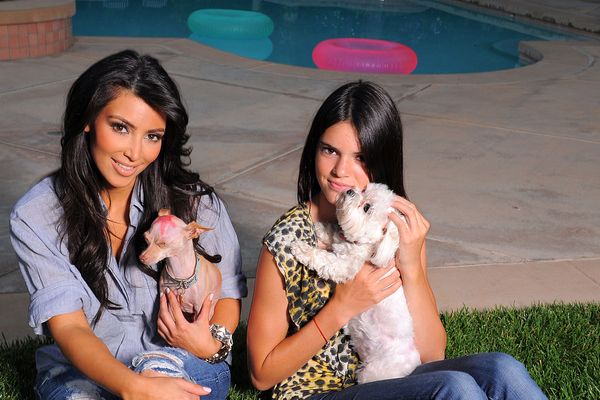