After years of battling, Kesha has dropped her sexual assault lawsuit against music producer Dr. Luke.

Daniel Petrocelli, a member of Kesha’s legal team, confirmed the news on Monday, August 1, and added that Kesha decided to end the legal battle in California because she instead wanted to get back to music and focus on releasing new songs. “Kesha has dismissed her California action without prejudice while she pursues her appeal and other legal claims in the New York courts,” Petrocelli explained. “Kesha is focused on getting back to work and has delivered 28 new songs to the record label. We have conveyed to Sony Music and the label Kesha’s strong desire to release the single and an album as soon as possible.”

Kesha also spoke out about her decision to end the highly publicized lawsuit against Dr. Luke, tweeting out, “My fight continues. I need to get my music out. I am continuing to fight for my rights in New York. Thank you for all your support.”

Meanwhile, Dr. Luke’s legal team had their own response to the singer dropping the case. “If Kesha is voluntarily dismissing her claims in the California case, it is because she has no chance of winning them” his attorney Christine Lepra said in a statement. “Kesha never should have brought her false and meritless claims against Dr. Luke in any court.” Kesha initially sued the music producer back in October 2014 with claims that, over their 10 years working together, he had abused her mentally and sexually. Dr. Luke has continually denied the allegations and counter-sued the singer for defamation. 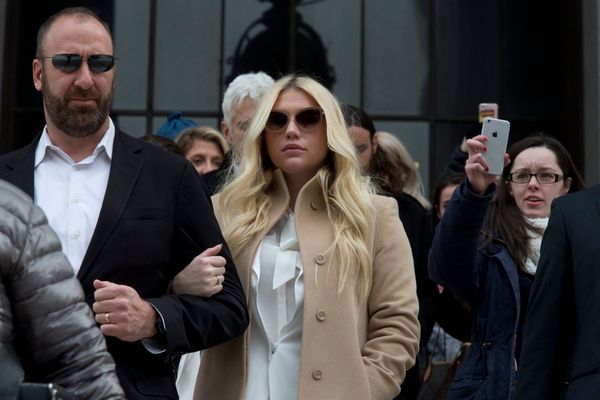