Liam Payne is sharing a few details about a possible One Direction reunion.

During an Instagram Live chat with Alesso on Sunday, April 19, the 26-year-old singer told the DJ that the boy band, including members Niall Horan, Harry Styles, Louis Tomlinson and Zayn Malik, have reconnected with one another.

“I did speak to Niall again on FaceTime today though and he was outside on his balcony sunbathing and whatever. He’s in London as well. Most of us are in London. We’ve been trying to arrange the first group FaceTime at the moment,” Payne said.

“Oh, wow, the whole world is about to explode,” Alesso responded as Payne told him, “You can come in and fill in for Zayn and join the band.”

During the live, Alesso also told Payne that he was getting a lot of questions about One Direction from fans, especially about a reunion.

“I can’t say too much. It was actually, Louis told me off for revealing a bit of our plans the other day. So you’re going to have the group telling me off on the group chat,” Payne said.

Just ahead of the group’s 10-year anniversary on July 23, One Direction reunion rumors began circulating in January when the group’s website was updated.

In addition to that, fans have taken notice of the group’s page on Apple Music has been updated to feature a photo of the group with Malik.

In a recent interview, Payne told The Sun that the boy band had virtually reconnected with each other amid the social distancing situation. “We’ve got a 10-year anniversary coming up so we’ve all been speaking together a lot over the last few weeks which has been really nice,” he told the outlet.

“There’s a number of different things that we are all working on to try and make happen and people are forwarding emails around,” Payne added. 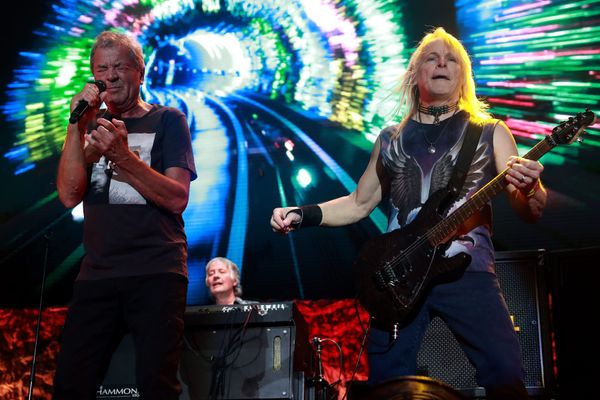 The Most Underrated Classic Rock Bands Of All Time