The story that Zayn Malik’s departure from One Direction was an amicable one is becoming increasingly more questionable, especially after Malik’s former bandmate Louis Tomlinson got in a public dispute with Naughty Boy on Twitter.

Previous to Malik’s quitting the band, Naughty Boy confirmed he had been working with Malik on other music projects and only one day out from leaving the band, Malik was already seen heading to the recording studio with Naughty Boy.

On Monday March 30, the producer retweeted a video stating, “Naughty Boy saved Zaughty” and “Zaughty will rise.” Tomlinson obviously took that as a dig to the band and responded with “Wow @NaughtyBoyMusic you’re so inconsiderate pal, seriously how f–ing old are you? Grow up! #masterofallwisdom.”

It wasn’t clear to Naughty Boy however what Tomlinson was talking about and thought he was reacting to a tweet Naughty Boy posted in 2012 saying, “louis. what a dick.” apparently about X Factor judge Louis Walsh. “@NaughtyBoyMusic I was talking about the video you tweeted. Clearly trying to wind the fans up! Well you succeeded anyway. Fair play,” Tomlinson clarified.

Before retweeting a bunch of comments about the feud, the producer posted, “when ur gettin hate for some thing u didn’t do, a bit of love can go a long way, that’s why I retweeted, time will tell the real story guys.”

Meanwhile, Malik has stayed silent over the whole thing but it definitely doesn’t seem like things are going to stay friendly for him and his former band, especially because upon leaving he stated he waned to step away from the fame and be a “normal 22-year-old,” releasing new, solo music is not a way to do that. 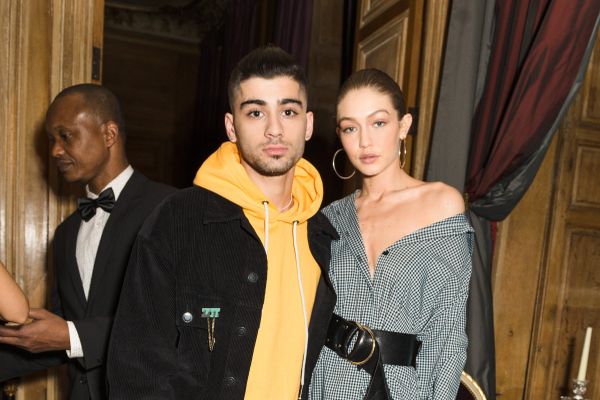