Sometimes being a performer means falling off the stage!

At least it does if you’re Luke Bryan.

The 37 year-old country star was performing during a concert in Charlotte when he stepped too close to the edge of the stage and fell right into the crowd. Luckily, he wasn’t hurt in the fall — but he had to suffer the embarassment of being teased by CMT Awards host Kristen Bell during the show this week.

When Kristen talked up the night’s big stars, from Florida Georgia Line and ZZ Top to Jason Derulo and Dusty Hill, she pointed out that Luke Bryan didn’t even fall of the stage. Then the camera cut to Luke, who was sitting in the audience, and everybody got a good laugh at what he was wearing. Check out the video to see the joke, and an interview with Luke about the whole embarrassing incident!

Luke also pointed out that falling isn’t the worse thing that can happen at a concert. “What’s always scary is about how much stuff is hanging above your head. There’s a lot of little things that can happen,” he said in an interview. Well great, we didn’t even think of how scary that is.

Check Out The Video To See Luke Falling Off The Stage: 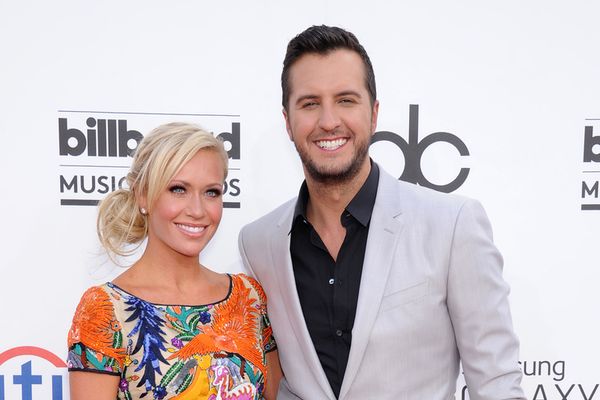