Dancing With the Stars pro Maksim Chmerkovskiy is known for his highly competitive nature, and sometimes not having the best relationship with a few of his Dancing With the Stars partners, and he has already been plagued with rumors of a feud between himself and his celebrity partner Vanessa Lachey this season.

Earlier this month, reports indicated that the lack of chemistry between the two and a clash of their personalities led to Maks skipping a performance. Later, the pro dancer apologized to Lachey, and recently opened up about the alleged feud, saying it was ‘never bad.’ “What drama?” he responded to a reporter who asked about the incident while he and his wife Peta Murgatroyd were heading into the Maxim Halloween part in L.A. on Saturday, October 21. “[Things] were never bad. They were great things. It’s been a great season.”

He added, “It’s a tough show. Everybody’s going through a little but of a menial lifetime through this whole process, and when you’re good enough to make it all the way, you go through that much more stuff. We’re a great couple. We’re doing our best. She’s giving me all the time that she should and I can’t wait for this Monday to show what we’ve been working on.”

Although some sources said the pair are completely “miserable,” another added they quickly put their issues behind them. “Maks and Vanessa are a team and completely support each other 100 percent. They are so friendly backstage and are great to work with. You can tell they are genuinely enjoying themselves and are here to have a good time.”

Dancing With the Stars airs Mondays on ABC at 8 p.m. 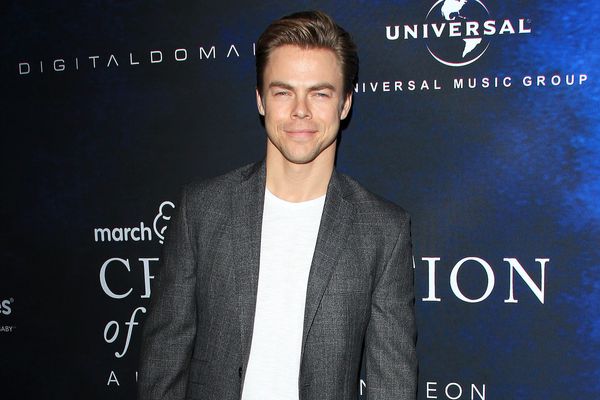