We’re two years out from a release date for the upcoming Suicide Squad feature–another joint effort from Warner Bros. and DC. Suicide Squad is basically gonna be The Dirty Dozen set with superhero villains, but sign us up, we’re game for the ride!

Margot Robbie is also alleged to be along for the ride. According the Internet rumor mill, Ms. Robbie will don a sweet costume, and play the role of Harley Quinn, the trouble making love interest of The Joker. If you don’t know Margot by face, you will soon enough. For sake of reference, she was the leading lady to Leonardo DiCaprio in The Wolf of Wall Street. No, not those ladies, the actual lady who sticks with him throughout the story.

The Australian actress is presently working on yet another remake of the classic story of Tarzan, in which she plays Jane Porter. She also has a couple films on her development plate. If you still don’t know who she is, she really planted her flag on the failed ABC series, Pan Am. The series could have, and should have been better than it was, but if nothing else, it gave Hollywood insiders an opportunity to see Margot work.

Considering the Suicide Squad, the rumor mill has also tagged Jared Leto as a possible option for The Joker, and suggested that Will Smith is in the mix, as well as Tom Hardy… and Jesse Eisenberg as the strangest Lex Luthor ever. 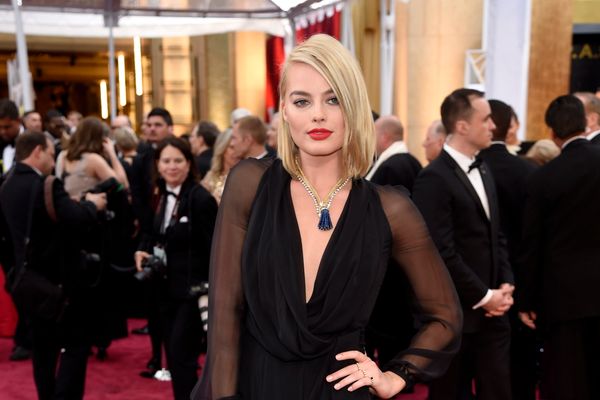