Mariah Carey was not fooling around when looking for her next romance after her separation and divorce from Nick Cannon last year, as she has now landed the fourth richest man in America, billionaire James Packer.

The iconic pop diva and Packer have been seen having a lot of fun together, including a sun filled trip to the gorgeous island of Capri, Italy. The two have been seen holding hands while walking around the island, as well as spotted getting cozy on his yacht and speedboat while Carey donned some impressive cleavage in a bodysuit.

According to sources close to both parties, Packer had been interested in Carey for quite awhile, especially after hearing she had split from Cannon. “She finally agreed to spend some time getting to know him. They became friends and it sort of grew from there. She was hestitant at first because Nick Cannon really broke her heart. She also knows her judgement in men hasn’t been so great in the past. But she’s got a lot of mutual friends looking out for her on this and she’s really enjoying his company,” a source told E! News.

Carey hasn’t been shy about her new romance, as she has posted several Instagram posts aboard his yacht with her twins Moroccan and Monroe who drew adorable pictures for their dad Nick on Father’s Day even though they didn’t spend the day with him.

Packer has been previously married to Jodhi Meares, who was also aboard the yacht striking up an unlikely friendship with Carey, and he was also married to model Erica Baxter with whom he has three children, Indigo, 6, Jackson, 5, and Emmanuelle, 2. 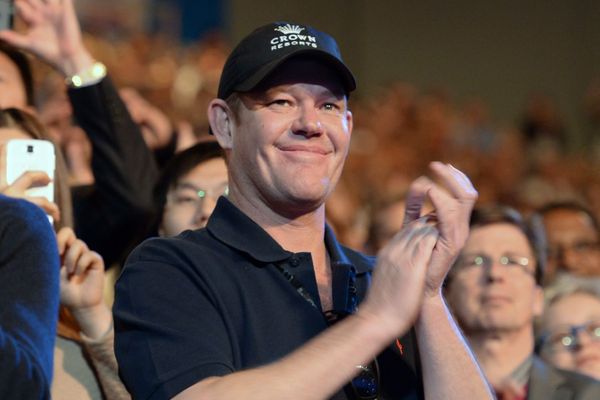