With the final season of Will & Grace underway, fans won’t be seeing as much of Karen Walker as they would hope!

According to reports Megan Mullally took a temporary leave of absence from the final season, which means Karen Walker won’t be appearing in two of the final eighteen episodes of the series. After it was confirmed that the actress had taken a couple of weeks off before resuming her role, it fueled rumors of on-set tension between the actress and her costar Debra Messing.

Earlier in the year, reports of a feud between the two actresses was sparked when Mullally and Messing unfollowed each other on Instagram, and Mullally stopped following costar Sean Hayes.

A source told Entertainment Weekly that “tension were building for a while,” and the tension between Mullally and Messing may have played a part in why NBC decided to end the revival after its third season.

Back in September, star Eric McCormack seemingly addressed the feud reports, saying, “It seems crazy. It is crazy! I think people worried about that entirely too much. The four of us get along like a house on fire,” he noted. “We always have.”

At the end of July, it was announced that the third season of the revival and 11th season of the Will & Grace franchise would be the last. “We think of the Will & Grace reboot episodes the way Karen Walker thinks of martinis – 51 is not enough, 53 is too many. That is why, after consulting with the cast, we all have decided this will be the final season,” executive producers Max Mutchnick, David Kohan, and James Burrows said in a statement. “They say you can’t go home again, but we did. And now, three seasons and 52 episodes later, we’re even more proud of something we never thought we’d get a chance to do again. We have had a once-in-a-lifetime experience twice. And for that, we owe a double debt of gratitude to NBC, this show’s supportive and caring home since day one.” 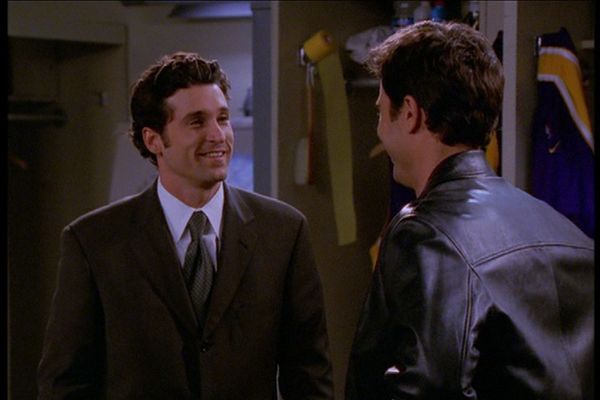