Meryl Streep is not a fan of Walt Disney.

In a tribute to her friend Emma Thompson at the National Board of Review Dinner, Meryl called out the Disney legend for being racist, sexist and anti-Semitic.

Meryl praised Emma, who was being honored for her performance in Saving Mr. Banks, saying “she’s practically a saint” and “she’s a beautiful artist.” Merly ended her speech wih a poem called  “An Ode to Emma, Or What Emma is Owed.”

But Meryl also said that Emma wouldn’t mind if Meryl slammed Disney, since Emma is a “rabid, man-eating feminist.”

Railing against the “gender bigot,” Meryl explained that it must have been hard for Disney to deal with P.L. Travers, the female creator of Mary Poppins (whom Emma plays in the movie). P.L. was notoriously difficult to work with, and insisted on being part of the creative process of adapting her book into an on-screen musical.

Meryl also read a letter that Disney wrote to a woman who applied to work for him in 1938. “Your letter has been received in the inking and painting department for reply,” came Disney’s response. “Women do not do any of the creative work in connection with preparing cartoons for the screen, and the task is performed entirely by young men.”

In addition, Meryl criticized Disney because he “supported an anti-Semitic industry lobbying group.”

Check out the video to see the rest of Meryl’s take-down! 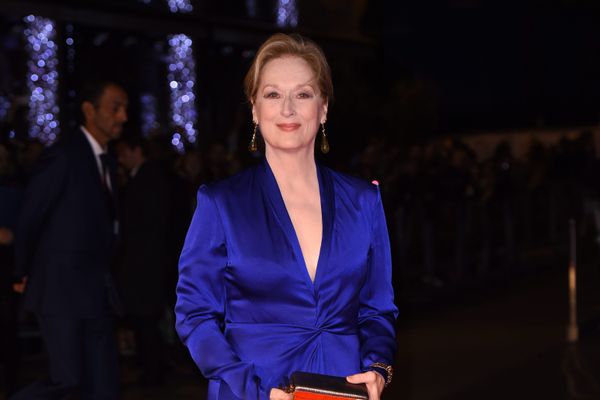