After weeks of rumors and speculation, Mike “The Situation” Sorrentino has officially confirmed that the cast of Jersey Shore has reunited and are working together on a special reunion.

“There definitely is a reunion-style situation coming,” he told Entertainment Tonight. “I mean, 100 percent. Everyone is just so excited to be working together again.” The star also tweeted “Up to something” with a throwback photo of the Jersey Shore cast in a cryptic hint about the reunion in the weeks leading up to the reveal.

The reunion speculations began earlier this month when the cast began posting photos together on social media. Nicole “Snooki” Polizzi posted a photo of herself with former costars Jenni “JWoww” Farley, Sammi “Sweeheart” Giancola and Deena Cortese with captions insinuating a reunion. When news surfaced that Bright Road Productions applied for a filming permit in New Jersey under the title “Reunion Roadtrip,” the speculation increased even more.

Although we are thrilled to hear of the reunion, fans still have questions regarding former drama between the costars. Despite Sorrentino and Polizzi’s previous public feud, the duo were recently seen hugging during a Burger King commercial released on July 13. While the two seemed to have worked things out, fans can’t help but notice the absence of Ronnie Ortiz-Magro, but no word yet if he is also a part of the reunion.

It seems the cast has been able to put the drama aside to film this special reunion series and we couldn’t be more excited to return to the epic set where the catchphrase “gym tan laundry” first began! 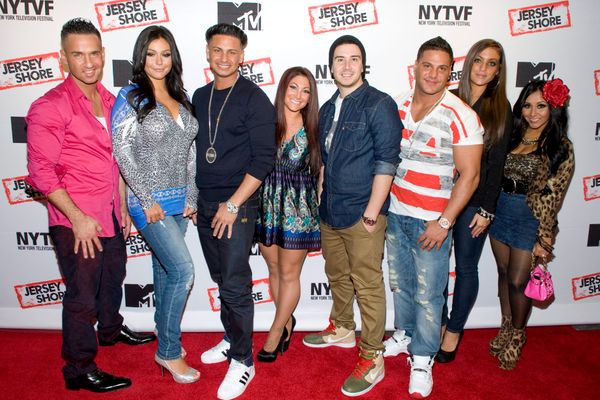